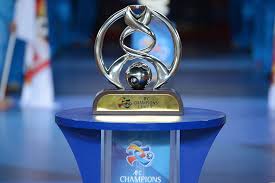 June 7 – Following the withdrawal of three Australian clubs from the AFC Champions League, the confederation has move quickly to fill the open slots in East Zone group qualifying rounds to be held at the end of the month.

The big winners are South Korea’s Daegu FC and 2020 Thai FA Cup winners Chiangrai FC who now don’t have to play-off for a slot in Group I with the Asian Football Confederation’s ACL sub-committee sending them both through to the group stages.

Japan’s Cerezo Osaka benefit similarly, receiving a direct bye into Group J. They had been scheduled for a play off against Melbourne City FC.

In the other Preliminary Stage match between Brisbane Roar and Kaya FC-Iloilo, the Philippines side move one step closer towards making their Group Stage debut but will need to neat China’s Shanghai Port FC in the Playoff Stage to secure the final spot in Group F.

In order to get the Asian Champions League group stages played (which have been expanded this year with an extra eight teams) the AFC had opted for centralised venues. Last month the AFC’s East Zone successfully completed their group stages though did have to play one group with just three teams following the withdraw Al Whada from the UAE.

The AFC Champions League Groups F, G and J will take place in Bangkok and Buriram in Thailand from June 22 to July 11, 2021, while Groups H and I will be staged in Tashkent, Uzbekistan from June 25 to July 11.