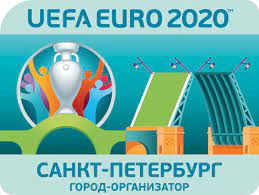 June 18 – Russia’s Euro 2020 host city has tightened restrictions to curb a third wave of Covid-19 as the Slovakia team reported two positive tests on the eve of their Group E game with Sweden.

Dennis Vavro, who didn’t feature in Slovakia’s opening match against Poland, and a member of staff went into self-isolation after they tested positive for the coronavirus, Slovakia coach Stefan Tarkovic confirmed at a news conference.

The Slovak team is applying the UEFA protocol and working with local health authorities to address the situation. Slovakia have maintained their basecamp during the group stages in Saint Petersburg, even as Russia sees a new spike of coronavirus cases. Belgium were supposed to stay in the city before Monday’s game with Finland, but abandoned those plans because of complicated logistics as well as to protect their team bubble.

Russia is seeing a third wave of coronavirus infections with Moscow and Saint Petersburg most heavily hit. Authorities in Saint Petersburg have tightened restrictions to curb infections. After Finland vs Russia, cinemas were ordered to operate at 50% capacity and restaurants must close between 2am and 6am. Food courts will close as well.

However, capacity for Friday’s match Slovakia – Sweden will remain unchanged. Together with Baku, Saint Petersburg has allowed the Gazprom Arena to be filled to 50% capacity during the tournament. Budapest is the only host city that allows for maximum capacity as was in evidence in Portugal’s 3-0 win over Hungary on Tuesday.

Officials in St. Petersburg have earlier said that all necessary measures have been taken to protect fans and players during Europe’s biggest football extravaganza. Fans need to present a negative PCR test to enter Russia and obtain a FAN ID, the system that was used during the World Cup, to attend matches.

Earlier this week, tickets were still on sale for Slovakia vs Sweden.