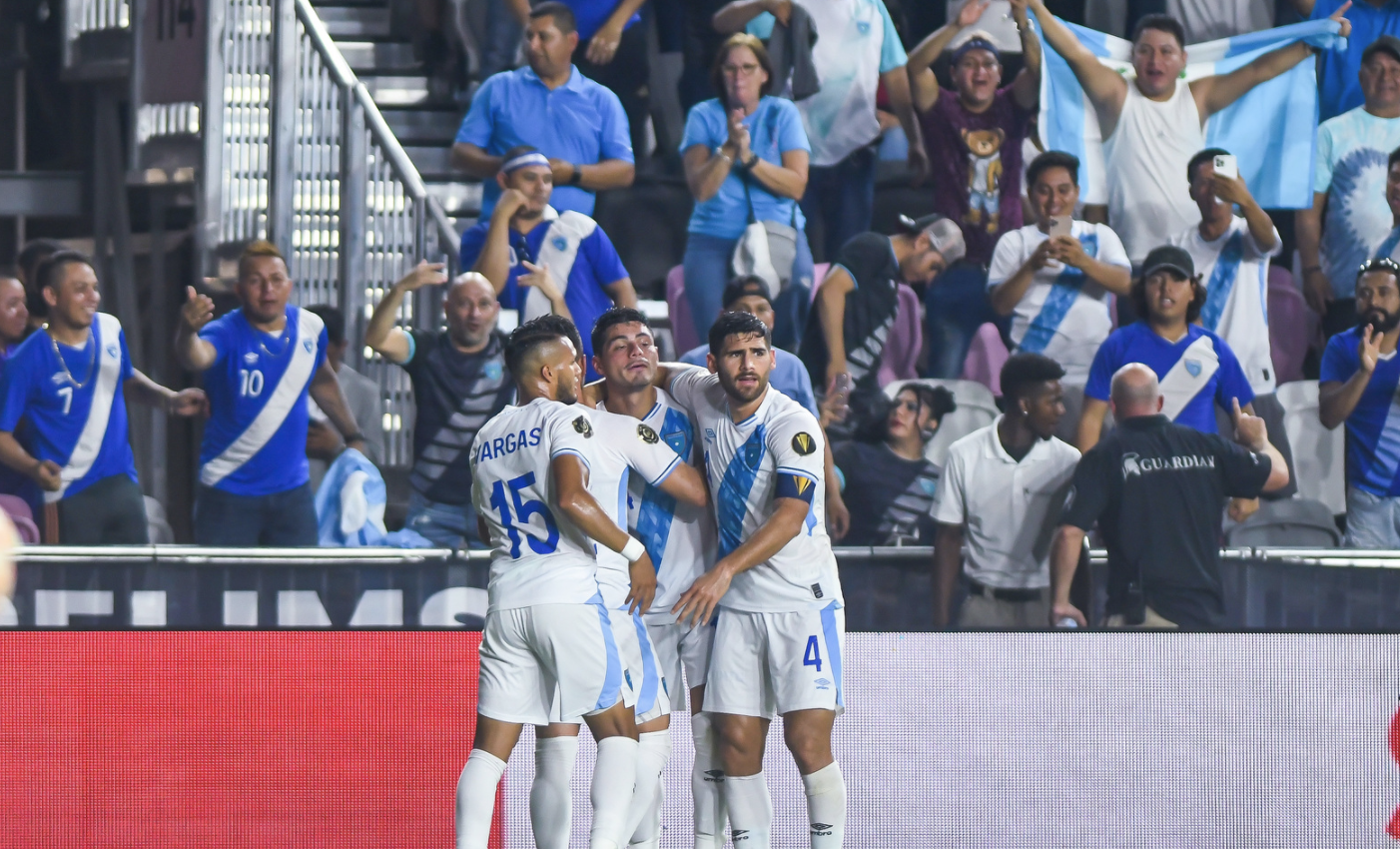 July 5 –Guatemala, once a regular name on Gold Cup final tournament fixture lists, are having to battle their way back to the top tier of confederation competition through the knock-out qualifying rounds for the Gold Cup group stages.

The Central Americans have been a regular at the Gold Cup but missed both 2017 and 2019 finals due to FIFA suspension. Their journey back to the top has been ardous but 8,000 fans in Fort Lauderdale on Friday night cheered them through the first knockout win in a high octane 4-0 win over Guyana.

The importance of the fans to the team was recognised by coach Amarini Villatoro . “We have the support of our fans, people who have come to this country and who come to support us. It is important not only in Miami but all over the US it feels like home. Most of our fans are people from Guatemala, this is an extra contribution to the team, they are like our 12thman.”

Guadeloupe arrive at the play-off having overcome a rearguard action by the Bahamas. Having dominated possession they eventually broke the defensive wall erected by the Bahamians to win 2-0. They will be happy with the win but not the scoreline considering the possession they had.

Villatoro believes his team have matured and that Guadeloupe will “not have the possession they had against the Bahamas. We will try to control the ball and play in their half. We will play with a lot of mobility and will be fast in attack.”

Guadeloupe are physically strong and Villatoro highlights the speed of their transition from defence to attack. “We will have to focus on our game,” he said.

A stadium full of Guatemalans will be there to help them do just that.