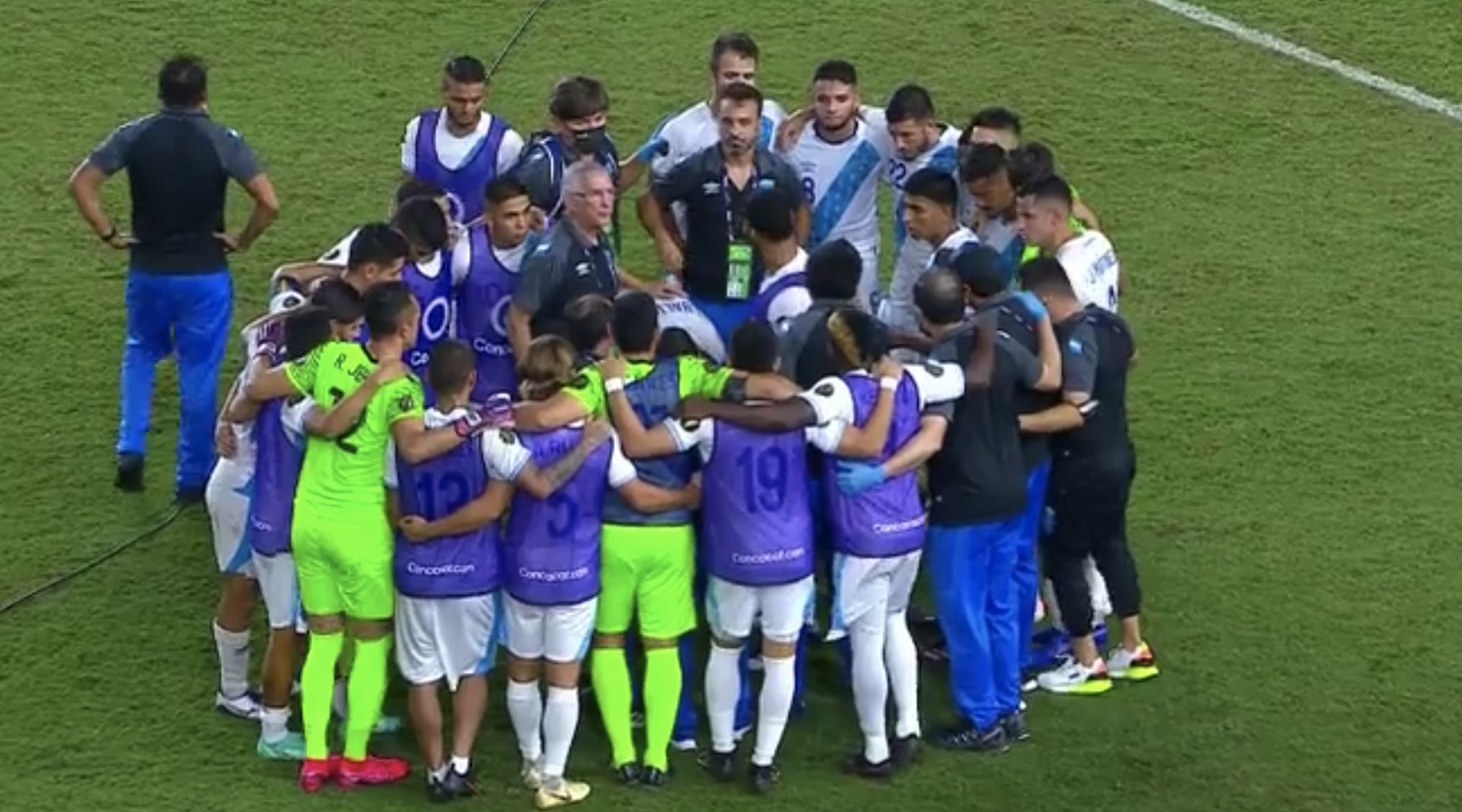 July 6 – It took 12 rounds of penalties for Guadeloupe to create the shock of the Gold Cup group qualifying rounds and beat Guatemala to secure their first ever finals place.

It was a night of penalty shoot-outs at the DRV PNK Stadium in Fort Lauderdale, Florida. In the first tie of the evening Trinidad and Tobago beat French Guiana 8-7 on penalties. The penalty drama returned three hours later.

Guatemala fans had again turned out in large numbers to make the atmospehere electric. But it was Guadeloupe who opened the scoring on six minutes with Guincamp striker Mathias Phaeton shooting across the goal.

Having gone behind early, Guatemala quickly asserted themselves and were level on 17 minutes after a mix-up in the Guadeloupe defence. Goalkeeper Yohann Thuram needlessly left his line to the edge of the box to clear the ball but only punched the ball to Luis Martinez who fired from outside the box into an open goal.

Guatemala were staring to motor and their crowd, who had been buzzing from the opening whistle, were along for the ride.

On 32 minutes Darwin Lom broke into the box but his shot across goal was wide of the post. It was the beginning of a procession of missed opportunities for Guatemala who either missed or were thwarted by the now excellent Thuram

Guadeloupe were not without their own opportunities with the impressive Phaeton a continuous threat to Guatemala.

With the match tied at full time the tension in the stadium ratcheted up several notches as both sides huddled to pick their penalty takers. They need not have bothered, they were going to need everyone for this epic.

Guatemala opened with the excellent Marvin Ceballos first up. He blasted over the top and suddenly the Guatemalans were faced with the unthinkable prospect of not making it to a the Gold Cup finals.

The next four penalties were all scored until Guadeloupe’s Antony Baron fired over the top – 3-3 with just one to take before sudden death.

With both sides now trading punches the shoot-out arrived at the last two outfield players with the scores level at 9-9. Gerardo Gordillo, the rock of Guatemala’s defense, stepped up but fired into Thuram. This left Mickael Alphonse with the opportunity to be Guadeloupe’s hero. Instead Ricardo Jerez was to be Guatemala’s hero saving with his legs.

Now it was the turn of the goalkeepers – both scored.

Back to the start and up stepped Ceballos again for Guatemala. This time he sent Thuram the wronng way but side-footed wide of the post. Tragedy for Guatemala. It was too good an opportunity to miss for Guadeloupe and Dimitri Cavore hammered home the winning penalty.

What a night of football! Guadeloupe now head to Orlando where they will face Costa Rica, Jamaica and Suriname.