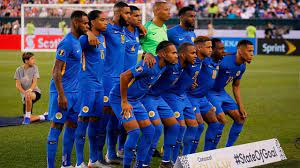 July 9 – Disaster has struck the Curacao team before a ball has been kicked in the Gold Cup group stages that start tomorrow (Saturday). Escalating numbers of positive cases within the team and the management have forced them to withdraw from the tournament with their first match scheduled to be played in Frisco, Texas, against El Salvador.

That match will now be pushed back a day to Sunday July 11 to give Guatemala, the next best placed team from the Premlinary Qualifiers last week, the time to return to the US and take Curacao’s place in Group A.

It was the worst possible nightmare for both Curacao and Concacaf who had to pivot quickly to fill the four team group that also includes Mexico and Trinidad and Tobago.

A Concacaf insider told Insideworldfootball that there was an “overwhelming feeling of sympathy towards Curacao, their team and their management”. This would have been the nation’s third participation at the Gold Cup. While not winning a game at their first tournament tow years later they came good to defeat Honduras 1-0 and draw 1-1 with Jamaica, enough to progress to the knockout round only to fall by the narrowest of margins to eventual finalists the USA.

Since then under Gus Hiddink and more recently under Patrick Kluivert they had progressed again and were considered capable of causing an upset. “”They are a really positive federation and doing a lot of really great things for football, it is really disappointing for them,” said the Concacaf insider

The decision to withdraw was made jointly between the Curacao federation and Concacaf once it became clear of the full scale of the positive cases, but also the number of players who had been in close contact with those cases who have to similarly isolate.

A press report in Curacao 24 hours ago suggested that as many as seven players had tested positive. It is now believed that the number of positive cases rapidly escalated from that figure and while a second rounds of tests were conducted, there was jump in the number of players testing positive, leaving them without enough players to complete the fixture. It is believed that few of the Curacao players were fully vaccinated.

A Concacaf statement said: “Concacaf and the Curacao Football Federation have made every effort to find a solution that would enable Curaçao to compete, however the health and safety of the Curaçao players and staff, and all participants in the tournament, must be prioritized.”

With the sporting integrity of Group A under threat of being compromised, Concacaf’s only solution was to bring back the next best placed team from the preliminary Qualifiers.

Concacaf has completed a number of club and national team competitions as part of a return to play over the past five months. While there have been positive tests there has been no outbreak on the scale seen within the Curacao team.

Those Curacao players will now isolate in Dallas while Guatemala return to the US for Sunday’s clash in Frisco.