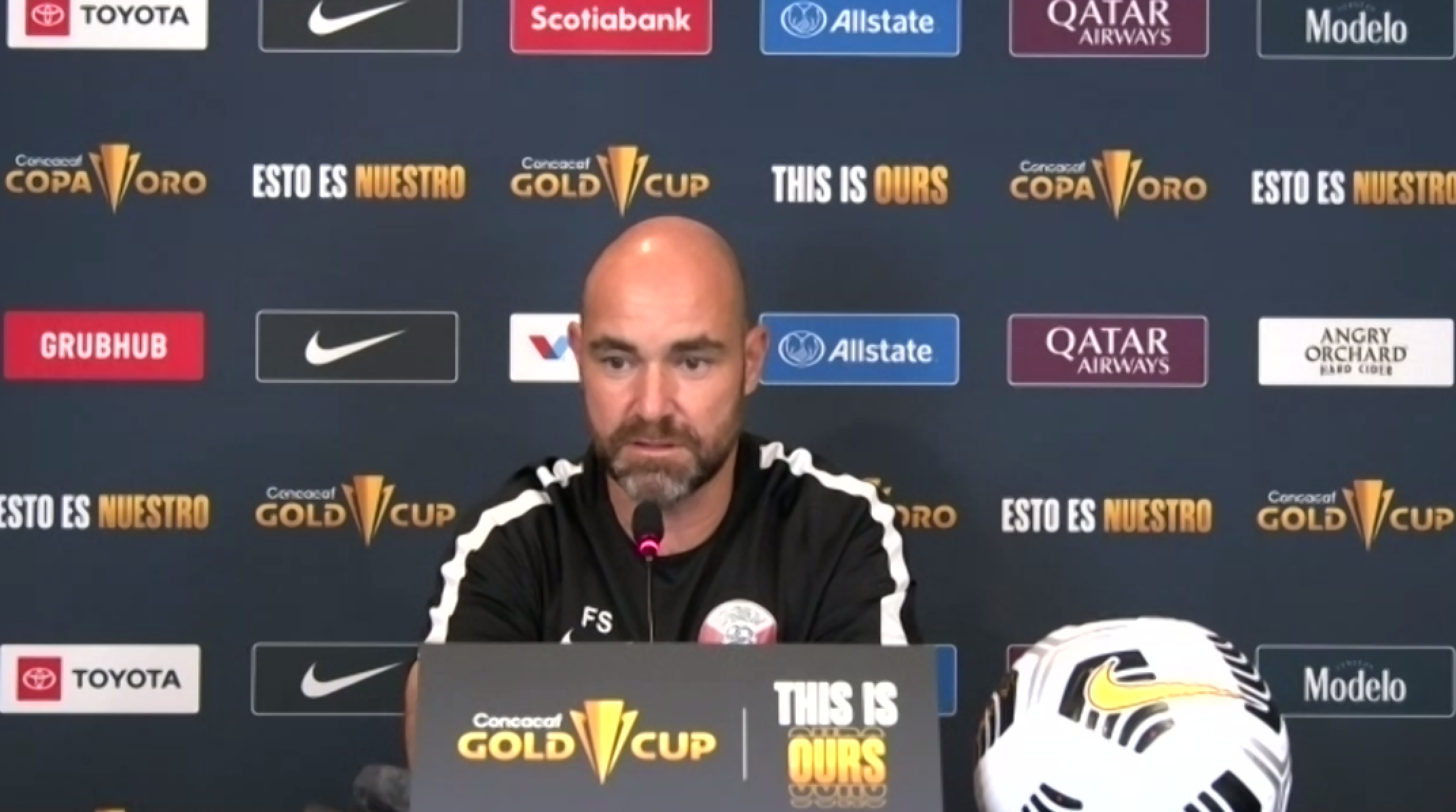 July 20 – Honduras face Qatar in Houston tonight in a final Group D tie that will decide not just the group winners but who they meet in the next round. The winners will meet Group A runners-up El Salvador in the next round and avoid tournament favourites Mexico.

Honduras have already qualified for the next round but Qatar need to draw or win to guarantee their qualification above Panama who are expected to beat Grenada in the group’s other tie. A win will see them top the group.

Qatar coach Felix Sanchez (pictured) was respectful of his opponents who came back from a goal down and an injury to key forward Alberth Elis to beat Panama on Satruday night.

“Honduras showed they are very solid and have a lot of offensive potential and a lot of personality,” said Sanchez. “Against Panama they made a great comeback to win and take the three points.”

Qatar are guesting at the Gold Cup and is an opportunity Sanchez is enjoying.

“It is a different feeling to be here. It is a great tournament at a high level. It gives us the experience to play teams from a region we don’t usually play. It has been a very good experience and we want to continue in the tournament and enjoy it,” he said.

Looking to the next stage though is not on his near horizon.

“We have followed group A in case of qualification we know we will face Mexico or El Salvador but our focus is on tomorrow which is a final to us. We have to play and play well with the possibility to win and to qualify for the next round. After that we will face whoever we have to face.

“Honduras are playing very strong, one of the strongest in the competition. They came to fight for the title. For us it is very important to assess the level we are at.”

Qatar surprised the world in 2019 when they won the Asian Cup in what was at times hostile circumstances considering the political blockade of Qatar at the time by Saudi Arabia and Asian Cup hosts the UAE. Qatar won both games as well as beating South Korean and Japan on the way to the title.

“We are always trying to be positive with our game. We are the champions of Asia but that doesn’t give us a right to win without showing it on the field,” said Sanchez.

Asked about the injuries Honduras have and the absence of Alberth Elis in particular, he said: “They played very well without him…They have a sold personality on the pitch and can face any moment. They are dynamic in defence, they are aggressive in one on one action, and they have attacking options and their forwards are very decisive.

“Whatever changes they make the 11 players for Honduras will be playing for their country and for three points. It will be very hard against a very tough opponent but we are very happy to be able to play in this tournament.”

Honduras coach Fabian Coito, who has already qualified for the next round, has a dilemma in that his options are limited with the injuries his squad are carrying. “We want to recover our players physically and the choices and possibilities are more limited now.”

Recognising the threat Qatar pose, he said: “Qatar are a very good team. They are different to teams we face and we have to be cautious. We have focussed on our preparation for the match and not so much in the result we might have.”