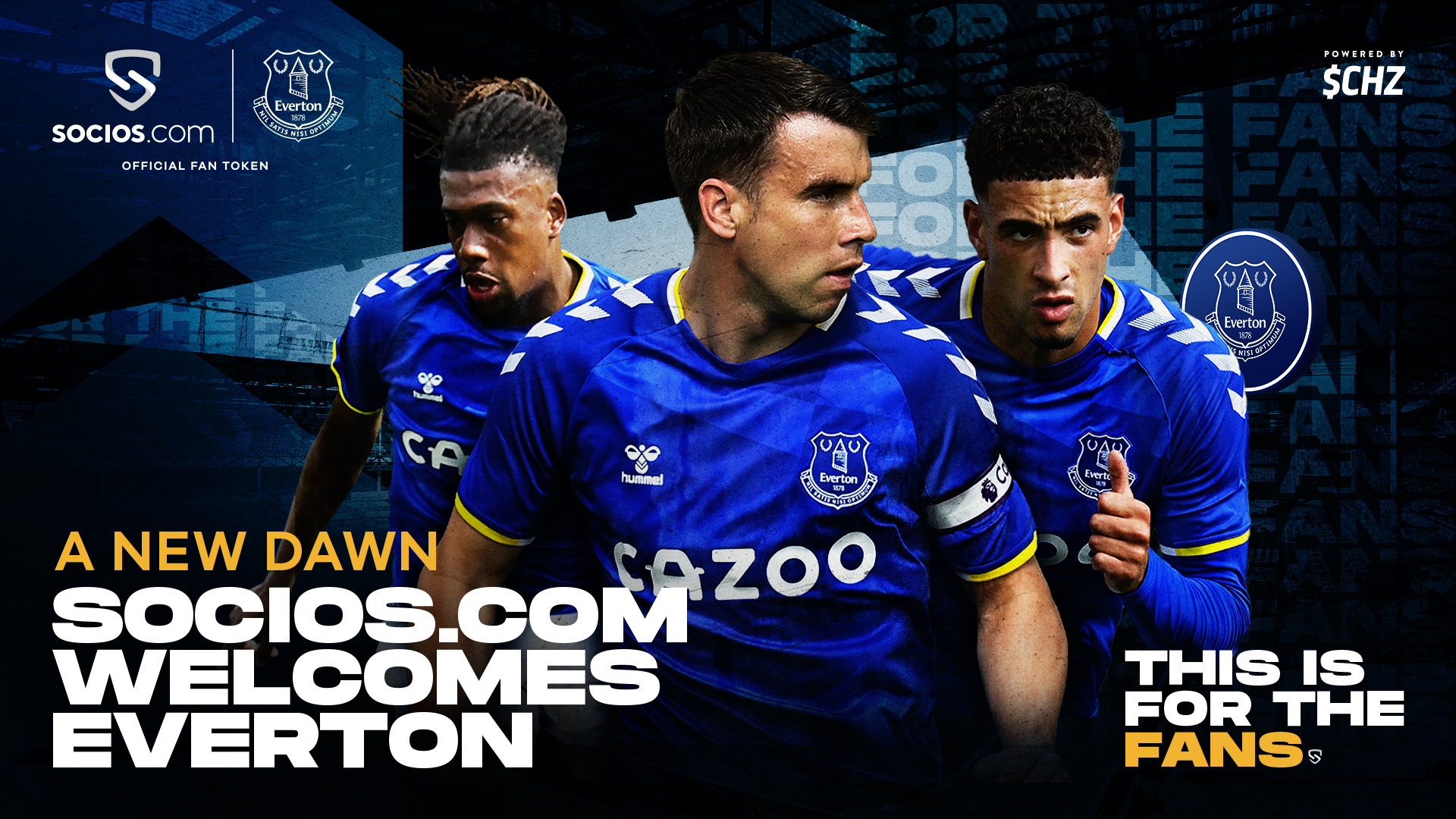 August 4 – Premier League Everton have become the latest club to join the blockchain-based Fan Token platform on the Chiliz platform.

No date, value or number of $EFC Fan Tokens has been released.

At launch, all existing Everton Season Ticket, Hospitality and Official Members will have the option to receive a free $EFC Fan Token

Fan Token holders get the chance to have a say on Club initiatives by taking part in interactive polls that will run throughout the season. They also receive exclusive content and experience Socios.com’s geo-location, augmented reality feature ‘Token Hunt’, as well as being able to put their skills to the test against other fans from around the world in Everton-themed games, competitions and quizzes.

FC Barcelona, Paris Saint-Germain, Juventus, AC Milan, Atlético Madrid, Manchester City, Inter Milan, and the Argentina and Portugal national football teams, either have or are in the process of launching Fan Tokens. To promote the Fan Tokens, Socios.com has taken main short sponsorship of Inter this season as well as the naming rights to Argentina’s top division.

Alan McTavish, Commercial Director at Everton, said: “With Socios.com, we will launch $EFC Fan Tokens that will provide supporters around the world with an opportunity to engage with the Club in a new and exciting way, including taking part in polls on Club initiatives.  Socios.com are the recognised leaders in blockchain across the sports industry, and the introduction of $EFC Fan Tokens is an exciting opportunity that once again demonstrates the Club’s commitment to engaging with our global fanbase.”

Fan Tokens are tradeable on some cryptocurrency exchanges.

Alexandre Dreyfus, CEO of Chiliz and Socios.com, said: “$EFC Fan Tokens will allow Evertonians to become part of a global community of fans brought together by their passion for the Club, where they can enjoy influence, exclusive content, games, competitions and access to once-in-a-lifetime experiences and rewards.