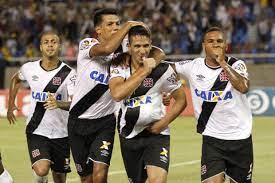 August 20 – Brazilian club Vasco Da Gama have appealed against a court ruling that would force the club to settle wage debts of €14.7 million with immediate effect, arguing that the verdict will “completely make the functioning of the club unfeasible”.

The Rio club strongly criticised the legal decision. In a statement, it wrote: “The surprising decision of the judge, Dr. Fernando Reis de Abreu, completely makes the operation of Vasco and the fulfillment of its most basic obligations unfeasible, in addition to imposing the liquidation of operational assets of the club. In practice, the decision, in an absolutely hasty way, intends to decree the closure of the activities of a club that has the 5th largest fan base in the country and that has all the necessary conditions to reverse the current state of economic and financial crisis, as it has been demonstrating in the current fiscal year.”

Under the Labor Act, Vasco committed to pay €31,000 in monthly instalments to settle debts with former employees, but a court swept that modus operandi off the table in May.

In the new ruling, judge Abreu indicated that the money could be raised from broadcast and sponsorship income.

In Brazil, Vasco Da Gama’s case is the rule rather than the exception. The vast majority of professional clubs in Brazil labour under colossal debts.