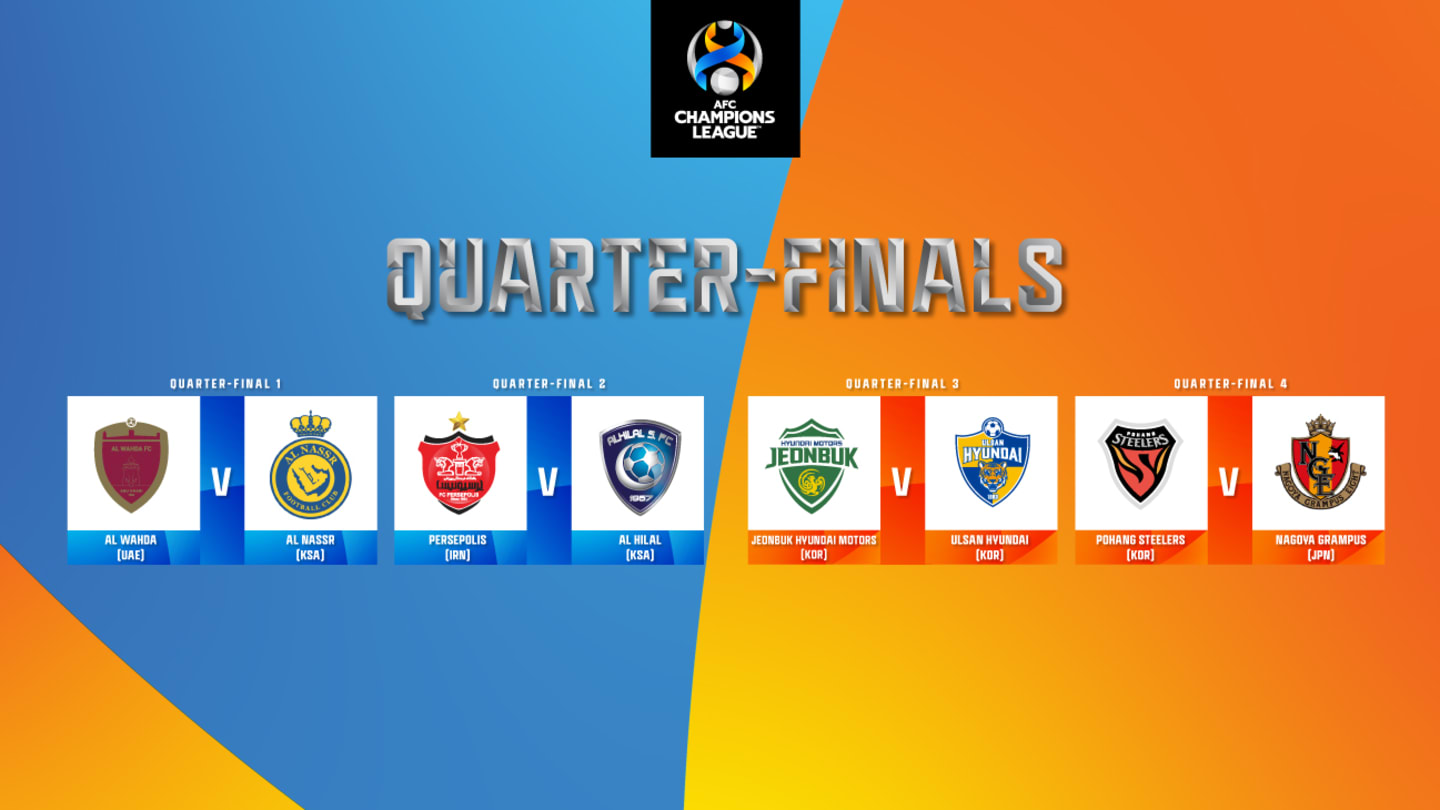 September 16 – Iranian giants Persepolis, runners up in the 2020 AFC Champions League final, will play the 2019 champions Al Hilal SFC from Saudi Arabia in the quarter finals of this year’s competition.

The AFC completed the quarter final draw today in Kuala Lumpur, Malaysia, with the announcement that the East and West zone quarter finals will be centralised in South Korea and Saudi Arabia.

The Persepolis vs Al Hilal is the pick of the ties and will be an early measure of Saudi Arabia’s just announced plan to drive football performance level up within the country to achieve a top 20 world ranking.

The Saudis have two teams in the quarter finals to be played in October, with Al Nassr having been drawn against the UAE’s Al Wahda FSCC.

In the East zone side of the draw, it is very much a South Korean power play with three teams from the country making up the four quarter finalists. The matches will be hosted in South Korea.

The only Japanese club side left in the competition, Nagoya Grampus, face Pohang Steelers.

The winners of the AFC Champions League qualify for the Club World Cup 2021 that would have been played in Japan in December as part of the country’s centenary celebrations. With the Japanese having pulled out of the hosting due to fears over the spread of Covid-19, no new host for the competition has been announced.