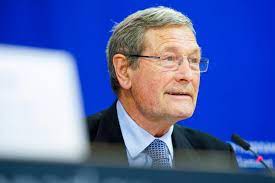 The football coaches’ body that represents 47 national coaching associations across Europe with a combined membership of more than 200,000, has issued a statement from its board and executive committee saying they “condemn the intended establishment of a FIFA-Worldcup every two years in the strongest possible terms.”

Emphasising that player health has to be the priority in any rethinking of the international calendar, they reference the events of the recent Euros and Christian Eriksen saying: “It’s only been three months since we watched in horror the drama about Denmark’s Christian Eriksen – and he wasn’t the first in a long line.”

The statement goes a step further saying that: “All the Medical Doctors ot the 211 national associations are totally against the idea of a FIFA World Championship every two years!”

AEFCA, whose president Walter Gagg was for many years a key employee at FIFA, said that the FIFA proposal as it stands creates an unacceptable “workload for all parties involved, but the already tight timetable does not offer any space for this.”

FIFA’s lead proponent of the plan, Arsene Wenger, has maintained that the calendar would decrease the international commitment for players, but that would likely only come at the expense of the confederations’ own competitions and in turn that would cannibalise their own commercial deals as major sponsors and broadcasters would inevitably be faced with a budget choice.

AEFCA, as you would perhaps expect from a coaches’ association, many of whose members live on the frontline of job security in football, get straight to the point, saying: “This proposal to hold the World Cup every two years has a purely commercial background and is the continuation of a whole series of unsuitable FIFA proposals from recent years.

“The AEFCA unconditionally supports the position of UEFA .”