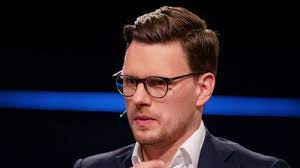 October 5 – Football’s world players union has called for their members to be treated more compassionately in order prevent burnout, saying compulsory breaks must be put in place.

FIFPRO’s 2020-21 workload report for men’s football shows top professionals are now playing more than two-thirds of their minutes in a season in the so-called ‘critical zone’ – appearances of at least 45 minutes in matches less than five days apart.

FIFPRO wants a four-week break between seasons and a two-week mid-season break to safeguard players’ mental and physical well-being.

And during the season itself, FIFPRO has proposed that a player should miss a game after as few as three others if they have played in the critical zone – a revolutionary idea that would totally change match by match team planning.

“The data shows we must release pressure on players at the top end of the game,” argued FIFPRO general secretary Jonas Baer-Hoffmann (pictured), warning that back-to-back action can lead to greater risk of injury and affect the length of a player’s career.

Long-distance travel demands and insufficient rest during and after the season add to the burden on players, with most not getting enough time off, the report said.

“It’s time to make player health and performance a priority,” said Baer-Hoffmann, saying the idea of reducing player activity could not come soon enough if sufficient forward planning was carried out.

“It is far less problematic to do it this way than to wait for the muscle tear to come, and then the player is out six weeks and nobody sees them, which ultimately harms the competitions and the fan experience more.”