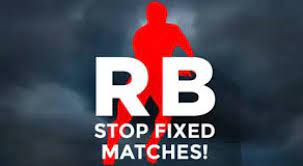 Red Button was launched 10 years ago in Finland and is specifically for players who can download it on receipt of a code distributed by a players’ union affiliated to FIFPRO. The user can then anonymously report information about potential match-fixing concerns.

The new cooperation agreement signed with UEFA will allow FIFPRO to exchange information received via the Red Button app with UEFA’s anti-match-fixing unit.

“This will facilitate closer coordination in the fight against match-fixing – a key goal of the new anti-match-fixing action plan approved by UEFA’s Executive Committee on 11 July 2021,” said a UEFA press release.

“Collaboration across the entire football community, including the use of common whistleblowing channels, is critical to identifying and dismantling sophisticated, systemised corruption schemes that can threaten professional footballers’ careers and lives.”

UEFA and FIFPRO reaffirmed their commitment to delivering the same ‘3Rs’ message to players approached to fix a match – Recognise, Reject and Report – saying that “it is of utmost importance to stand united and stay connected when facing such a scourge on the essence of the game. It is in the common interest of all those who love and live by football.”