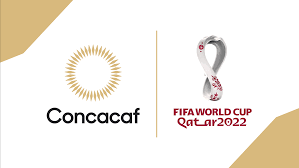 October 18 – FIFA has sanctioned both Panama and El Salvador for discriminatory chants by their fans during recent World Cup qualifiers. Both incidents incurred in games against the US.

The Panama FA, FEPAFUT, said that the FIFA sanctions relate to the match between Panama and the US at the Rommel Fernández stadium on October 10 which Panama won 1-0.

FIFA said that homophobic chants were made by Panama’s fans and that as a result their next home match in World Cup Qualifying on November 16 against El Salvador would be played behind closed doors.

The FIFA Disciplinary Committee has also sanctioned the El Salvador FA, FESFUT, with a partial stadium closure and a CHF30,000 fine for “discriminatory and inappropriate” conduct including the use of lasers and a pitch invasion.

The offences, incurred in round 1 of World Cup qualifying on September 2 (El Salvador drew 0-0 with the US), mean El Salvador will have to play its next match against Jamaica with the located behind the goals (Preferential Sun South and North) closed.

The sanction originated from the match between El Salvador and the United States, played on September 2 in the framework of Day 1 of the World Cup qualifiers for the Qatar 2022 World Cup. The punishment, according to the FESFUT, is due to conduct ” discriminatory and inappropriate “of the fans for the use of lasers and invasion of the field.

The El Salvador FA said in a statement: “The FESFUT condemns any type of discrimination and urges fans to reflect on this type of attitudes that not only harm the national team, but also the country.”