October 21 – Belgium are still top of the FIFA men’s national team world rankings, a position they have held since October 2018 when they supplanted France. The French, on the back of their Nations League win this month, have moved back into the top three and sit behind Brazil.

There were 160 internationals played in October with World Cup qualifiers in full flow around the world’s confederations.

England dropped from third to fifth in the ranking while Spain’s (7, +1) and Germany (12, +2), began moves back up the ranking. 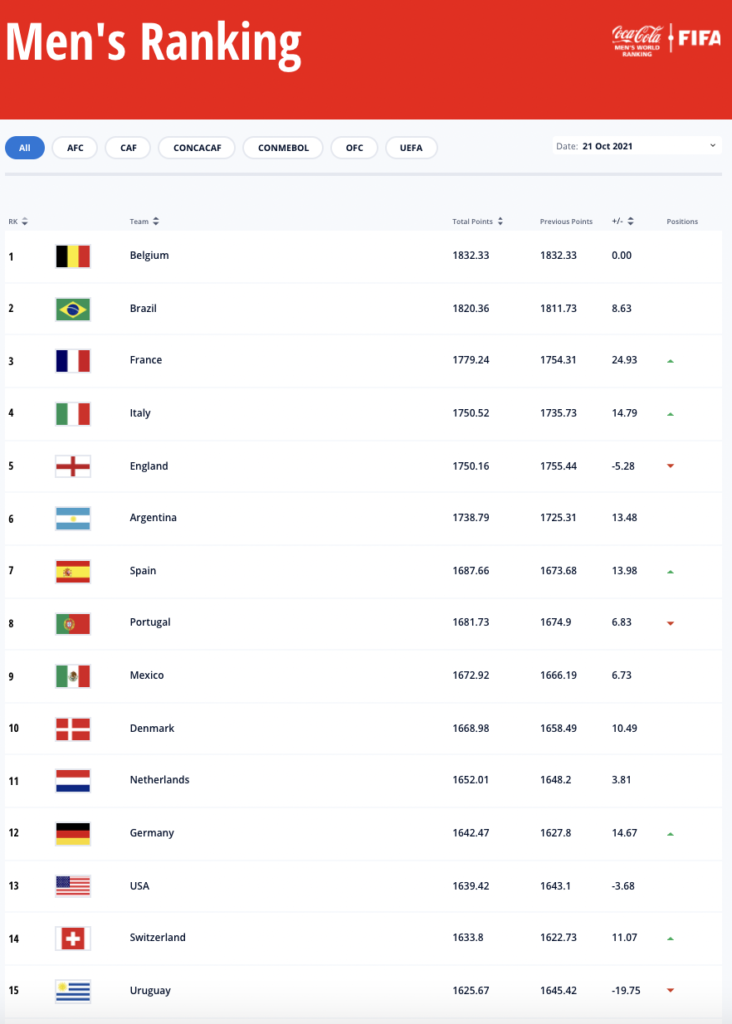