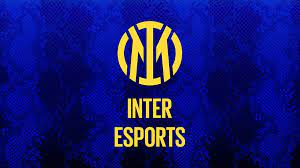 November 3 – Inter Milan will launch their own esports platform this Friday (November 5) with the start of the Inter Esports Cup. The inauguration of the esports competition and platform comes during Italy’s biggest esports event, the Milan Games Week & Cartoomics.

This is the second time Inter have embraced the Milan Games Week. They are the first Italian team to have their ownplatform dedicated to esports tournaments, which they say will “open up new opportunities to get their  global fanbaseinvolved and collaborate with potential brand partners.”

However, the first Inter Esports Cup, is being kept local and will be open exclusively to residents of Milan and its province.  Qualifying rounds will be played online on FIFA 22 with the final being played on the main stage of MilanGames Week on November 12, and broadcast live on the organiser’s YouTube channel.

Inter will support the event with the club’s Esports content creator Giustyle and professional esports player Fabio Marinoinvolved as special guests, offering analysis of the match alongside the   presenter of Milan Games Week.

The winner of the final will be offered a contract with Bundled,    an agency which has given its backing to Inter and its esports project, as well as being able to play alongside one of the Inter Esports pro players in a friendly match.