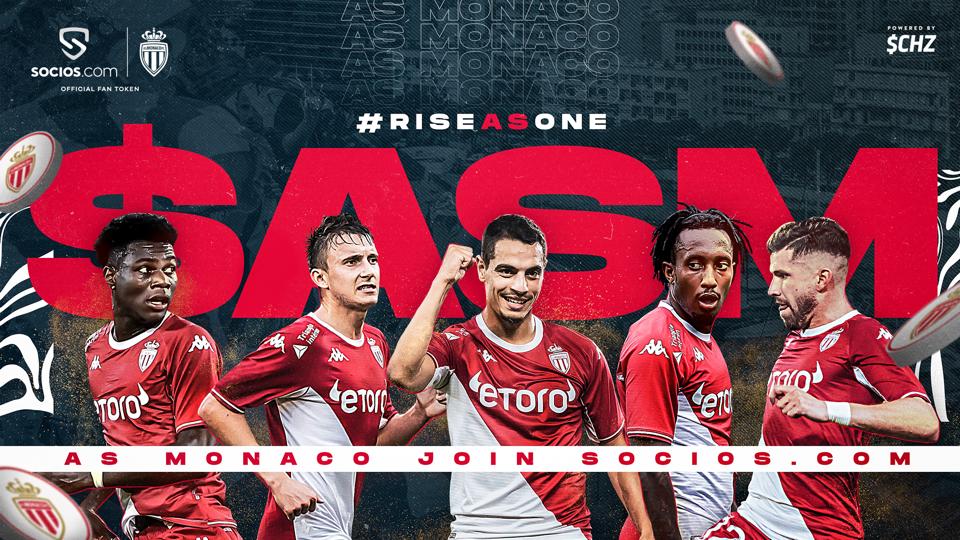 November 25 – AS Monaco is the latest of Europe’s leading Big 5 league clubs to announce it will launch a fan token via Socios.com on the Chiliz blockchain.

The launch date for the $ASM Fan Token, as well as the price and number of tokens issued will be revealed “shortly” said the club.

Oleg Petrov, vice-president and CEO of AS Monaco, said: “As part of the Club’s digital development, finding new forms of engagement with our international fan community is a priority. The creation of the $ASM Fan Token offers this opportunity to interact with our fans in a different way, allowing them to enjoy new experiences.”

Alexandre Dreyfus, CEO of Chiliz and Socios.com, said : “Fan Tokens will enable the club to connect with their extensive global community of fans like never before, giving their fans the opportunity to benefit from unprecedented engagement and reward opportunities on Socios.com.”