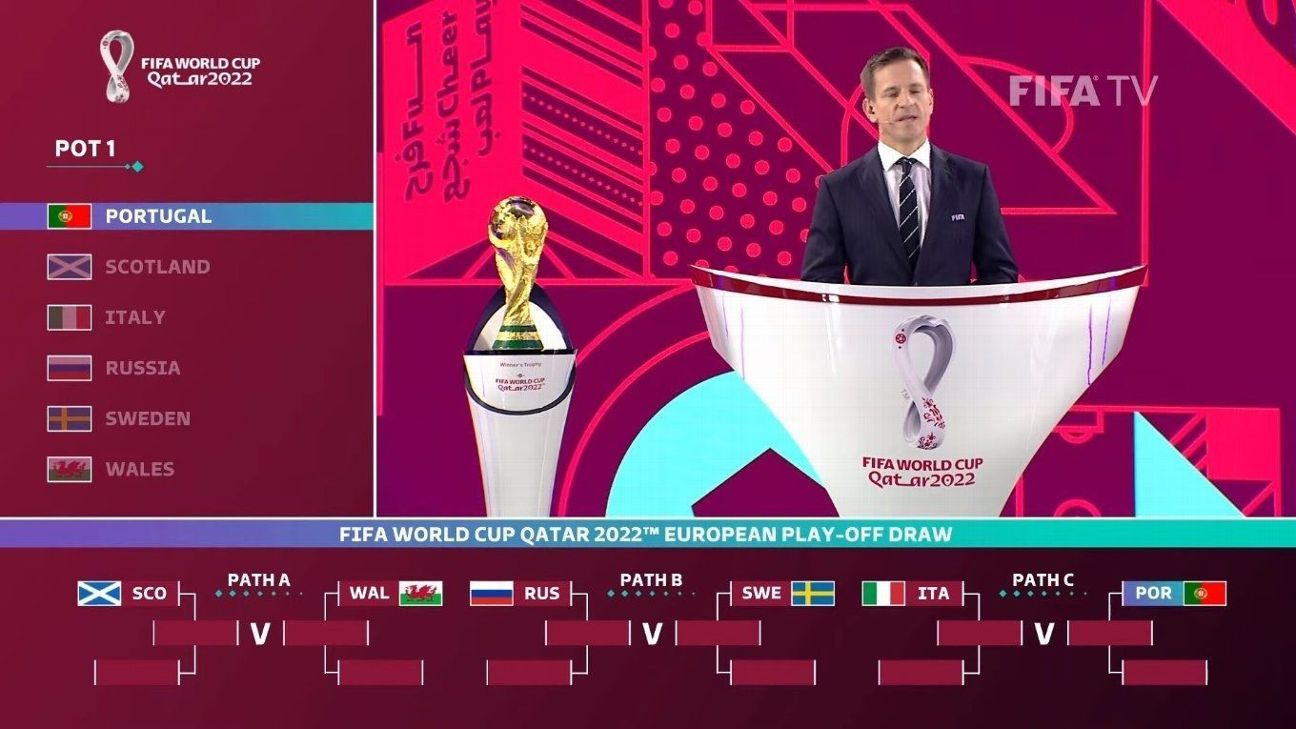 November 26 – Almost unthinkably, next year’s World Cup finals in Qatar will be conspicuous by the absence of either four-time winners and current European champions Italy or Cristiano Ronaldo’s Portugal.

Both countries failed to qualify automatically and paid the penalty after finding themselves in the same group when the European playoff draw, comprising single rather than two-legged fixtures, was made Friday.

Twelve teams will be whittled down to three next March but Italy and Portugal can fill just one of those spots.

Both were in pole position during long periods of their qualifying campaigns but Italy were pipped for first place by Switzerland while Portugal suffered a shock late defeat to Serbia.

With three different playoff routes, Italy and Portugal ended up being drawn in the same semi-final pathway, meaning a winner-takes-all showdown in Portugal if they overcome North Macedonia and Turkey respectively.

“It’s a very difficult draw for us, and if we win [the semi-final] we go to play a final in Turkey or Portugal,” said Italy boss Roberto Mancini.

Scotland and Wales, both bidding to join England in the finals, will clash in another playoff final if they overcome Ukraine and Austria, respectively. Wales, bidding to reach the World Cup for first time in 63 years, would have home advantage in the Path A final.

Scotland and Wales were both seeded and subsequently avoided a semi-final meeting with fellow seeds Italy and Portugal, the past two European Championship winners.

The draw featured all 10 group runners-up from the European qualifiers, plus Austria and Czech Republic based on their Nations League performances.