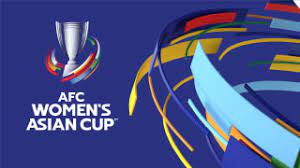 December 1 – There are just 50 days to go before India hosts the expanded AFC Women’s Asian Cup, a crucial tournament for the development of the national women’s game in the confederation which could see as many as eight teams at the next Women’s World Cup in 2023 being hosted by Australia and New Zealand.

The tournament – which will see 12 teams compete rather than eight previously – kicks-off January 20 and runs through to February 6 and is the 20th time the competition has been held, having started as a biennial tournament in 1975 with six teams before becoming a quadrennial tournament from 2010.

Originally scheduled for October/November 2021, the dates were pushed back in January due to concerns over the global health crisis. Matches will be hosted in Mumbai, Navi AFC announced and Pune in Maharashtra. This is the second time India have hosted the tournament, the first time being in 1979 when they were runners-up.

The AFC has been pushing its flagship women’s national team event hard. Unlike its men’s teams, the AFC has five women’s teams ranked in the top 20 in the world. Iran are the top ranked AFC men’s team in 21st position.

Korea DPR are the highest ranked AFC women’s team at 9th, but will not be in India having not played a match for more than two years following the country’s shutdown at the start of the covid pandemic. Australia are the next highest ranked at 11 followed by reigning AFC champions Japan at 13.

The rapid globalisation of the women’s game, and the movement of women players from the AFC to non-AFC countries, has been impressive. More than 60 overseas-based players, more than double as compared to the total of 30 in the 2018 edition, will be returing to play for the countries.

This includes big name stars in the women’s game like Saki Kumagai of Japan and Bayern Munich, Sam Kerr of Australia and Chelsea, and Ji So-yun of Korea Republic and Chelsea.

A total of 29 national leagues, including 16 from outside of Asia, will be represented.

The profile of these stars has helped drive new AFC media rights partnerships with deals agreed with broadcasters in the United States, Latin America, New Zealand and across Europe and the Commonwealth of Independent States (CIS) territories.

The importance of the championship is enhanced by the top five finishers winning automatic qualification for the 2023 Women’s World Cup. Australia have already qualified as hosts while an additional two AFC teams will participate in the Inter-Confederation Play-Offs for places.