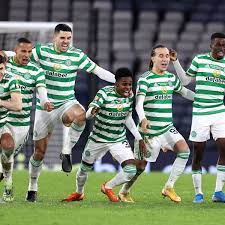 December 3 – Celtic top a world ranking of most passes made and the distance the ball covers while in their possession.

The ranking by the CIES Football Observatory analyses the number of passes attempted per match and their average length for teams from 40 leagues worldwide.

In comparison and at the other end of table of 654 teams analysed, the Mexicans of Atlético San Luis average just 6.9km per game in terms of average distance covered with the ball in their possession.

Not surprisingly the leading teams in all countries are the ones that make the most passes and see the ball cover the greatest distance.

“At big-5 league level, the teams moving the ball the most are Bayern Munich in the Bundesliga (4th among the 654 teams analysed), Manchester City in the Premier League (5th), Sevilla in La Liga (6th), Monaco in the Ligue 1 (29th), as well as Fiorentina in the Serie A (51th). At the top of the rankings for the four non-European leagues surveyed are Flamengo in Brazil, Tigres UANL in Mexico, Atlético Nacional in Colombia and Unión La Calera in Chile,” finds the CIES data.

“The lowest values for the average length of passes attempted were recorded for two teams with a well-defined style of play: Roberto De Zerbi’s Shakhtar Donetsk and Mauricio Pochettino’s Paris St-Germain (15.7 meters in both cases). Three British teams are at the opposite end of the table: the Scots of Livingston FC (24.4 m) and Motherwell FC (23.2 m), as well as the English side Birmingham City (23.4 m).”

In the Premier League Manchester City top the ranking with 692 passes made per game, more than 60 more than Liverpool’s 630. 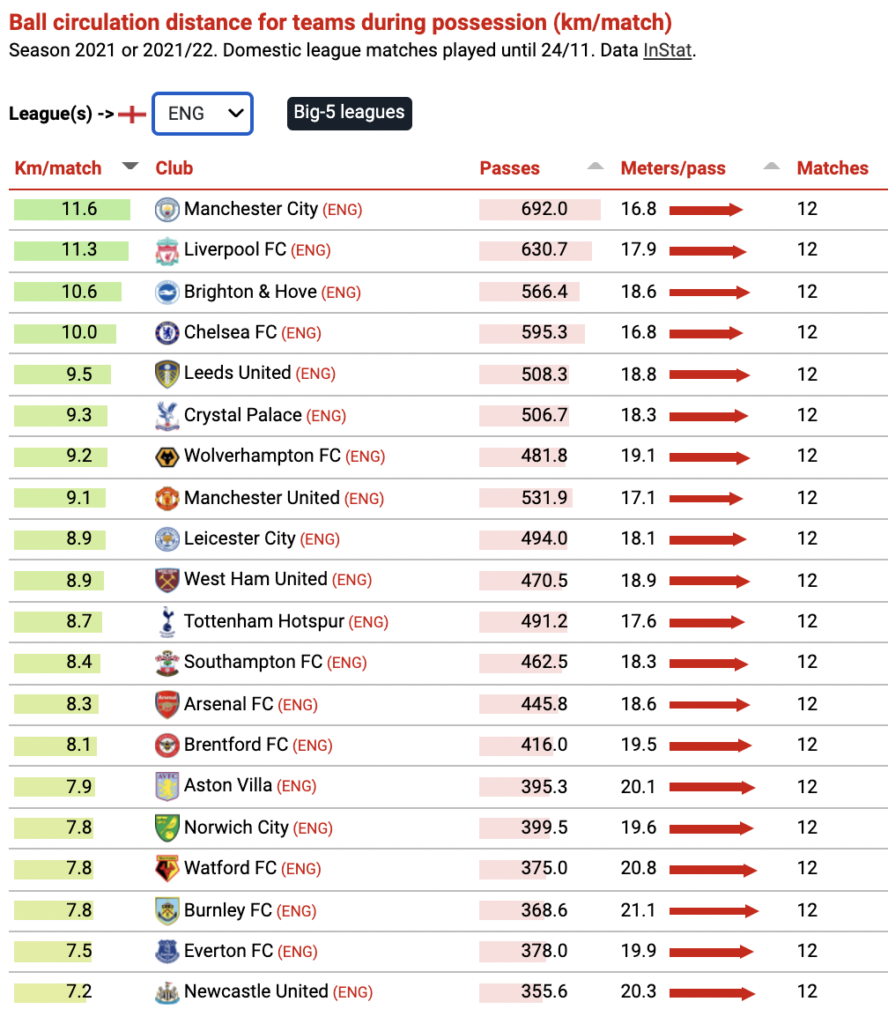