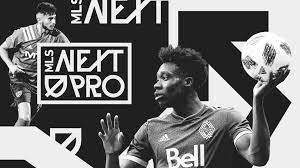 December 8 – Major League Soccer has unveiled plans for the debut of its third tier league, MLS Next Pro, that will start play in 2022 with 21 clubs.

The new professional league marks a strategic expansion of the MLS business and pitches its new league into competition with the USL’s third tier league – USL League One – which kicked off in 2019 and will have 11 teams competing in 2022. The NISA third tier league launched in 2019 and has 13 teams currently.

MLS Next Pro will start with 20 MLS clubs with their second teams, alongside one independent franchise, Rochester New York FC. For the 2023 season a further eight MLS-affiliated teams will join the league. The league has said that there will also be additional independent teams joining.

“Charles and Ali have the experience, enthusiasm and values to lead the growth and development of MLS NEXT Pro,” said MLS Commissioner, Don Garber. “They will partner with MLS-affiliated and independent teams to bring professional soccer to more communities throughout North America.”

The 2022 season will start in March with 24 game league season per club – played in east and west conferences – that will run through to September. Eight teams will go into the playoffs that will finish with a cup final.

“MLS NEXT Pro completes Major League Soccer’s pro player pathway, connecting our youth academies through to our first teams,” said Altchek. “As we continue to push the future of soccer forward in the United States and Canada, player development, community, innovation and diversity form the pillars of MLS NEXT Pro. The inaugural season in 2022 will be another historic moment for the sport.”

The impact of the league will be measured not just by the numbers of players it develops but also whether it can spread the MLS footprint to more cities and markets in the US with the addition of independent teams, rather than just MLS second string sides.

The addition of Rochester from the start – which has a tradition of playing professional football just below the top tier MLS in the US – is significant, not least because it has added Leicester City striker Jamie Vardy in its ownership group.

“We look forward to showcasing Rochester as a premier professional club and are excited to kick off that process by helping to launch the inaugural season of MLS NEXT Pro in 2022,” said Vardy. “Joining this league, full of opportunity for communities, fans, players and staff – on the pitch and off – is a tremendous point of pride for our club.”