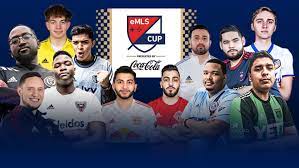 December 15 – The MLS esports league, eMLS, has released detail of its 2022 season which will feature all 27 MLS teams and a return to live events with three marquee tournaments hosted in-person at MLS stadiums.

The in-person competition will see series events in Cincinnatti and Chicago, and the marquee eMLS Cup at SXSW in Austin, Texas. eMLS said it will partner with local clubs in each of these cities to activate fans onsite.

Competition will take place on EA Sports’ FIFA 22 and will be played exclusively on PlayStation5 – eMLS’s debut season played on the next-generation console. Prize money has been boosted to $75,000.

“Coming off our most successful season yet with record-breaking viewership, the 2022 eMLS season will see the return of some of the top EA Sports FIFA players in the world, with live competitions taking place in the heart of our MLS communities,” said Camilo Durana, Senior Vice President of Properties and Events, Major League Soccer.

Viewing should be significantly increased in 2022 with all clubs mandated to livestream qualifying matches on official club social channels – a total of 350 hours of coverage.

Coca-Cola, Cheez-It & Pringles, JLab, and PlayStation are all returning as eMLS official partners. As the Official Soft Drink/Water Partner of eMLS, Coca-Cola will be the presenting partner of all three live events.

Sam Turkbas, EA Sports FIFA Competitive Gaming Commissioner. “eMLS consistently builds upon its success annually, introducing new ways for fans and players to engage with their favorite clubs. MLS is a phenomenal league partner, and as a global leader in EA SPORTS FIFA competition, continues to showcase the love of football that is enhanced through esports entertainment.”