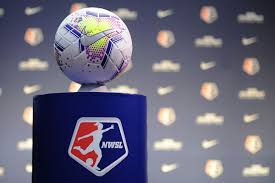 The league will be sticking with its NWSL Challenge Cup – originally established as a back-to-play tournament after covid lockdown restrictions were eased in the US in 2020 – which will begin group play – three groups of four teams playing each other twice – on March 16.

The NWSL Challenge Cup Final will be played May 7.

The season will continue with each of the 12 teams playing home and away matches against every other team in the league for the first balanced schedule in league history – Angel City FC and San Diego Wave make their NWSL debuts this season. Each team will play 28 matches, 14 in home markets and 14 on the road.

Six teams will qualify for the NWSL playoffs set to take place beginning in October 2022 with the campaign ending with the NWSL Championship on the weekend of October 28-30.

The NWSL season has been built around FIFA’s international windows with 2022 being a busy international year for the women’s game with Concacaf’s expanded Women’s Gold Cup, a Women’s Euros and 2023 World Cup qualifying to be completed.