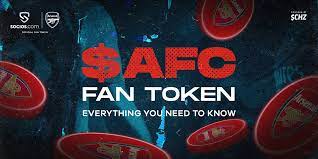 December 22 – The UK’s advertising watchdog has rebuked Premier League Arsenal over two promotions for ‘fan tokens’, a type of cryptocurrency that has exploded in popularity.

The regulator said the club were misleading supporters on their website and on Facebook over the risks of investing in cryptocurrencies.

The Advertising Standards Authority (ASA) said the ads must not appear again in the same form.

It ruled they were “irresponsible because they took advantage of consumers’ inexperience or credulity and trivialised investment in cryptoassets.”

In addition, the ASA said the Facebook post “did not make clear the ‘token’ was a crypto-asset, which could only be obtained by opening an account and exchanging with another cryptocurrency which had to be purchased”.

Arsenal is the first club whose fan token marketing is judged to have breached advertising standards.

The north London club had told the ASA that fan tokens were designed to boost participation by supporters,  and were “materially different” to other cryptocurrencies used as a means of payment.

An Arsenal spokesperson said the club was now seeking an independent review of the ruling, and that it would “endeavour to comply”

“We take our responsibilities with regard to marketing to our fans very seriously,” the spokesperson said. “We carefully considered the communications to fans regarding our promotions and provided information regarding financial risks.”

Further defending its conduct, Arsenal argued its website did include the warning that fans “could lose some or all of their money invested”.

It also pointed out that marketing material stated, “we advise you to spend only what you can afford and seek independent financial advice if required” and insisted the fan tokens were not promoted as an investment and did not encourage trading.