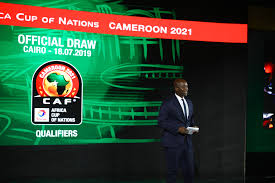 December 22 – With Confederation of African Football (CAF) president Patrice Motsepe all but ending speculation over the fate of the Africa Cup of Nations, he has reiterated that fans will need to provide a negative PCR test to attend matches and allow the competition to be organised in a bio-secure way.

“I went to Wembley to watch the European Cup final,” said Motsepe. “We must always identify problems and challenges, and not shy away from them. We must have the confidence and the belief that we can overcome them and deal with them in a responsible and accountable manner.”

“Nobody will be allowed into the stadium without a PCR test. We have to protect those spectators that will be there. Of course, there is a concern that a lot of fake tests will be going around. We are dealing with those issues because after the AFCON I will be getting a report and the experiences of our people are very important. You cannot fool people. We have to have confidence and believe in ourselves as Africans, and that we can host a very successful AFCON 2022 in Cameroon.”

In a previous press release, CAF said: “Supporters may only enter stadiums to attend the 52 TotalEnergies Africa Cup of Nations matches in Cameroon if they are fully vaccinated and are able to show a negative PCR test result that is no older than 72 hours or a negative antigen test result no older than 24 hours.”

Motsepe has been in Cameroon to meet with President Paul Biya and seek assurances that the competition can be staged in January and February after worries over a lack of organisation, incomplete infrastructure and the Covid-19 pandemic.

Motsepe was elected CAF president in March but his sudden concern over the hosts comes late in the day. FIFA president Gianni Infantino reportedly wanted the competition to be moved again to protect FIFA’s Club World Cup and not force European clubs to release players for the competition.

However, the usually compliant CAF president has not addressed Infantino’s preference and has green-lighted the continental finals, which will kick off on January 9.

FECAFOOT and their new president Samuel Eto’o have also sought to reassure the general public that the tournament will be staged in a bio-secure way. In a statement, they said: “The Cameroonian Football Federation assures players, and the fans of the 24 qualified countries visiting Cameroon that all health and sanitary measures have been taken to guarantee the staging of the competition.”

In 2019, CAF shifted the Africa Cup of Nations from Cameroon to Egypt at the eleventh hour because the West African country was deemed unfit to host the expanded 24-team tournament, but those concerns no longer seem to apply for next month’s iteration.