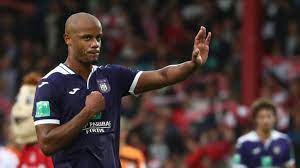 December 30 – Belgian club Anderlecht have announced a loss of €29 million, but the club claims that with last week’s capital injection bankruptcy has been averted.

“That is again very negative,” said Anderlecht CEO Peter Verbeke. “We must continue to save on the sporting and non-sporting side. There is slight positivism, because despite a corona year, we created less loss than the year before.”

“The wage costs of the players has to come down. We are budgeting hard to bring down incoming transfers and agents’ costs. An audit showed that Anderlecht still have a long way to go before they are healthy again.”

Verbeke wants to implement a five-year plan to steer the Brussels-based club back to a more healthy financial position.

Last week, the club announced a capital raise of €42 million and debt restructuring.

“The capital increase is a fact, but if we continue to make large losses, another one will be necessary,” said Verbeke.

“We absolutely want to avoid that. That is why there is a business plan to make the club operationally profitable again.”

Under coach Vincent Kompany Anderlecht have gradually climbed the league table in the first half of the season. They defeated red lantern Beerschot 7-0 before the winter break to go third.