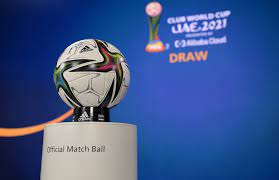 January 4 – Tickets for the Club World Cup in the UAE that kicks off 3 February have gone on-sale in an exclusive pre-sale six-day window with prices starting as low as $5.

The sales window opened 2 January 2 and will close 7 January. Tickets are available on a first come first serve basis costing as little as $5 for a Category 4 ticket and just $50 for a Category 1 ticket for the final.

All matches will take place in two stadiums in Abu Dhabi; the 42,000 capacity Mohamed bin Zayed Stadium and the 15,000 capacity Al Nahyan Stadium.

In the other half of the draw Brazil and Conmebol representative Palmeiras will also enter at the semi-final stage and will face either Concacaf Champions League winners Monterrey (Mexico) or African Champions Al Ahly SC from Egypt.

The final is set for February 12.

The Club World Cup has been won 13 times by European teams in the 17 times it has been held with all of the last eight editions going to Europe. Chelsea were the last European team to fail to win the title, losing to Brazil and Conmebol’s Corinthians in 2012.

The UAE are hosting the tournament for the fifth time, having stepped in at the end of last year when Japan pulled out of hosting at short notice citing covid-19 reasons. The country had successfully hosted the Tokyo Olympics though not without considerable public concern. It was felt that hosting the Club World Cup in the same year and with the pandemic still raging, it would be one major event too far.