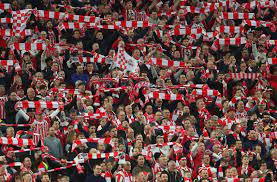 The deal values the club at around £250 million, taking into account the £90 million debt that was built up during Gao’s ownership and via a succession of poor team management and player transfer deals following his August 2017 acquisition.

It is an increase in value for the club from the roughly £210 million valuation of Gau’s original acquisition, even though he will not recoup his full share investment.

Sport Republic are reportedly paying £100 million for the shares.

Before Gau – who had become something of an absent owner – Southampton had built up a reputation as developing their own talent and identifying players that they could take to the next development stage within their system.

The deal with Sport Republic will see a return to that kind of player development model within a commercial environment of the club that is generally viewed as being well run within the football business.

Sport Republic is a London-based investment firm focussed on the sports and entertainment business. The business was founded by Henrik Kraft and Rasmus Ankersen and backed by lead Investor Dragan Šolak.

Kraft has spent 20 years investing in the technology, telecoms and media industry, including sports technology companies. Ankersen is more directly involved in the football business having spent 2015 to 2021 overssing Brentford’s football department as a Co-Director of Football. He has also been the executive chairman of Danish club FC Midtjylland during a period which has seen them win three Danish championships and qualify for the Champions League.

Šolak is a Serbian media magnate and the founder of the United Group, which has grown from being a local cable operator into a leading media company with five national broadcasters, more than 50 pay TV channels, a digital portfolio of 28 web portals, eight newspapers and magazines and five radio stations.

Martin Semmens, CEO of Southampton and who will be remaining with the club post acquisition, said: “Sport Republic are experienced investors, but also experienced within the world of elite professional sports. That combination is very hard to find, and we are thrilled to have reached an agreement that secures our short and long-term future…

“The strategy is to push forward with the plans we have had in place over the last two years, but with their support we can now do this with a renewed focus and speed. Continuity, stability, and clarity of the way forward are equally as important as the new initiatives and ideas we can now bring to the club.”

Šolak said the Saints “will be a cornerstone of the organisation we plan to build.”

The point was emphasised by Kraft who said Sport Republic “will be an active and engaged owner, but we will not be starting any revolutions. We were attracted to Southampton because it is already a well-run club that follows a clearly defined strategy.”

Sport Republic’s ambitions will not be confined to St Mary’s.

“Whilst Southampton is Sport Republic’s first acquisition, we expect more investments to follow over the coming years. Our ambition is to build a portfolio of high-influence stakes in football clubs and other sporting assets across the world,” said Kraft.

“At the same time, we will also invest in early-stage sports technology companies and use our portfolio to accelerate the development of these companies. The acquisition of Southampton is a great first step and we are very excited about the journey ahead.”