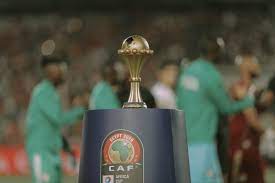 January 7 – Three years late and with the coronavirus crisis a major concern on the touchline, Cameroon will kick off the Africa Cup of Nations on home soil against Burkina Faso on Sunday. Defending champions Algeria and Senegal start as favourites to win the continental finals.

In 2019, Cameroon was due to host Africa’s premier football competition, but the Confederation of African Football (CAF) shifted the tournament to Egypt at the eleventh hour because of concerns over the hosts’ readiness and infrastructure. The global health crisis prevented the tournament from being played in 2021.

Twice-delayed, the current, but traditional, January-February slot for the competition evoked criticism from European clubs, reluctant to release their players. FIFA rules stated that clubs had to release players by December 27 for the tournament, but a letter from the world federation to the World Leagues Forum said CAF had agreed that players could turn out in official games for their clubs up to 3 January. That led, in combination with the Covid-19 crisis, to the cancellation of more than a dozen warm-up matches.

The emergence of the Omicron variant of Covid-19 still looms large over the tournament. First, it fueled speculation that the Africa Cup of Nations would once again be postponed and, now, the question is whether the national team coaches will have their preferred XI at their disposal during the tournament.

CAF has taken measures to curb the spread of the virus during the tournament, limiting match attendances to 60% of stadium capacity, except for when the host nation plays.

Cameroonians will be allowed to fill the stadium to 80% of capacity to get behind the Indomitable Lions. Supporters will have to be fully vaccinated and present a negative PCR test to attend matches.  With just 2% of the population in Cameroon double jabbed, crowds could be sparse.

There are also security concerns over Limbe, a host city in the west and a venue for group E and F matches, where the nearby ‘Ambazonia’ militants harbour breakaway ambitions.

The tournament will test the credentials of both Cameroon and CAF.  It is the first Africa Cup of Nations under the presidency of Patrice Motsepe, who was crowned CAF supremo by acclamation in March in Rabat.  The South African billionaire, however, has received criticism for being seen as a close ally of FIFA president Gianni Infantino as well as failing to deliver on promises of both governance reforms and financial restructuring.

At least, on the eve of the tournament, CAF ramped up commercial deals, partnering with both sportswear giant Umbro and social media behemoth Tiktok. The tournament will also enjoy coverage by the BBC and Sky Sports in the United Kingdom, with the latter broadcasting the entire tournament.

Audiences can expect reigning champions Algeria to enjoy a deep run. Unbeaten for more than 30 matches, the Algerians come fresh off their victory in the Arab Cup.

Djamel Belmadi’s team will face Sierra Leone, Ivory Coast and Equatorial Guinea in Group E. Contenders Senegal, with Liverpool’s Sadio Mane in their ranks, lost the 2019 final against Algeria but should have little problem in navigating Group B with Zimbabwe, Malawi and Guinea.

It’s the second time that the Africa Cup of Nations will feature 24 teams. Comoros and the Gambia are the new faces in the competition and they will be hoping to follow in the footsteps of Madagascar, the surprise package of the last finals.

The 33rd iteration of the continental championship will culminate with the final on February 6 at the Olembe Stadium where Cameroon get Africa’s big jamboree under way on Sunday.