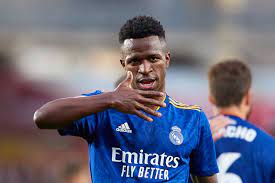 January 7 – Move over Neymar and Mbappe. Real Madrid and Brazil’s Vinicius Junior is the most valuable player in the world according to the latest player transfer valuations by the CIES Football Observatory.

There are 17 players valued at over €100 million with Manchester United’s Marcus Rashford being the 18th ranked player at €98 million. Six of the 17 highest value players are forwards.

The CIES uses its own algorithm to calculate the transfer values but emphasises that the figures are irrespective of eventual buy-out clauses in players’ contract.

“Per position, the top transfer values were calculated for Gianluigi Donnarumma (PSG and Italy)  among goalkeepers, Ruben Dias (Man City and Portugal)  for centre backs, Alphonso Davies (Bayern Munich and Canada) among full backs, Jude Bllingham (Dortmund and England) for defensive midfielders, Florian Wirtz (Bayer Leverkusen and Germany) for attacking ones, as well as for Vinicius Junior among forwards. Kevin de Bruyne (Man City and Belgium)  has the greatest valuation among players aged 30 or over, while Kylian Mbappe (PSG and France)  tops the list for players running out of contract next June,” says the CIES report.

Looking at the English Premier League rankings only, only five of the highest valued players do not play for Chelsea, Manchester City or Manchester United. And of those five, two play for Liverpool and two for Arsenal. West Ham’s Declan Rice is only player outside England biggest six clubs. Tottenham Hotspur don’t have a single player in the Top 20. 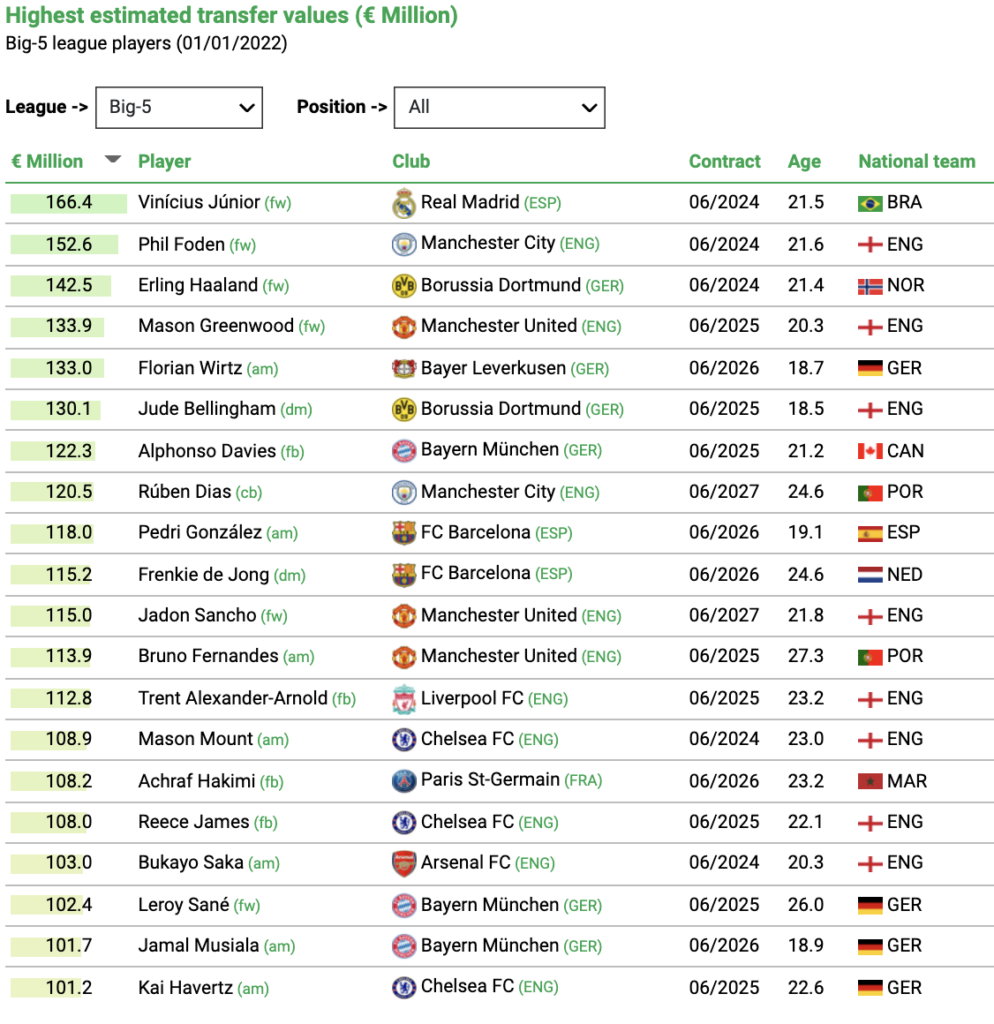 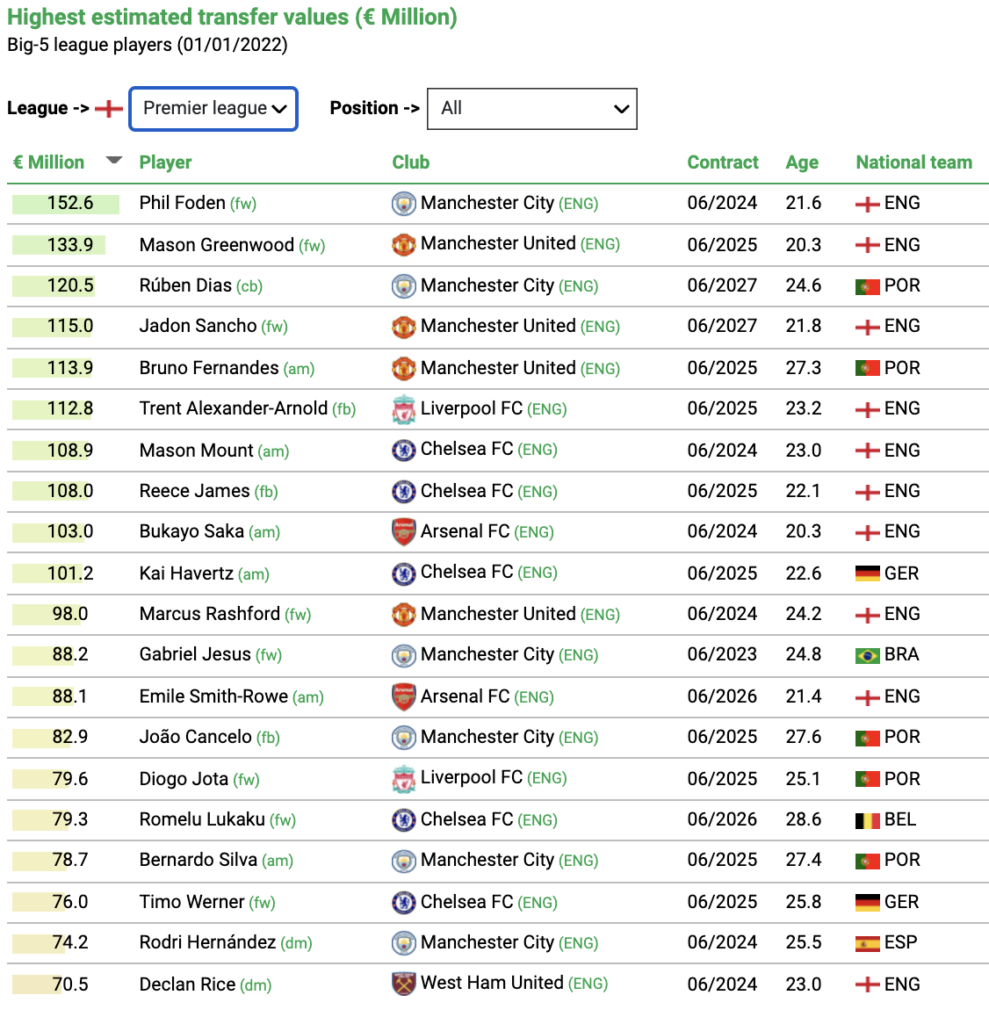