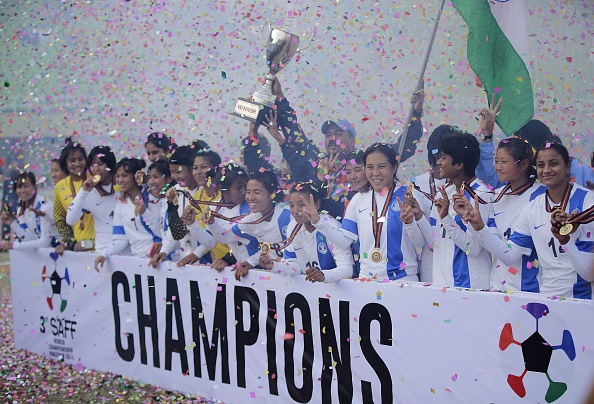 January 13 – Both the Asian Football Confederation and the UEFA Women’s EURO 2022 Heritage Programme have launched historical retrospectives of the women’s game in their regions that chart its development and highlight its pioneers.

With the AFC’s Asian Women’s Cup less than a week from kick off in India, the AFC jhas launched the first-ever AFC Women’s Asian Cup History Book, detailing the evolution of the competition from first edition in 1975 – New Zealand won the inaugural competition held in Hong Kong.

The book has more than 180 pages of detailed research that chronicles every edition of the competition with interviews with former players, and honours former officials.

From the inception of the Asian Women’s Cup, the women’s game in Asia has produced globally competitive teams and has expanded to the current 12-team finals format that opens January 20.

England’s National Lottery Heritage Fund has awarded £500,000 to a programme which will record the hidden 141-year history of women’s football and will alongside the UEFA Women’s EURO this summer.

A press release said the “programme aims to challenge the common perception of women’s football being ‘new’ and change the nation’s understanding of ‘the English game’. In addition to the National Lottery funding, The FA and host cities have contributed nearly £600,000 to the project, making a total of £1,060,580.”

Information about every England player, captain, goal scorer and match score since 1972 will be recorded and shared alongside the information that already exists about men’s football.

Eilish McGuinness, CEO of The National Lottery Heritage Fund, said: “The hidden history and unheard voices of women’s football will be shared for the first time, capturing the full story of the beloved sport.”

Baroness Sue Campbell, UEFA Women’s EURO 2022 Board Member and Director of Women’s Football, The FA, echoed the comments, saying: “Together we will bring to the fore incredible stories of the pioneers of women’s football who have helped shape the women’s game we have today. The programme will also capture and tell, for generations to come, the profiles and stories of current and future England players, ensuring fans are better informed than ever before. With the UEFA Women’s EURO coming to England this summer, this really is the time to celebrate our past and look forward to a very exciting future.”