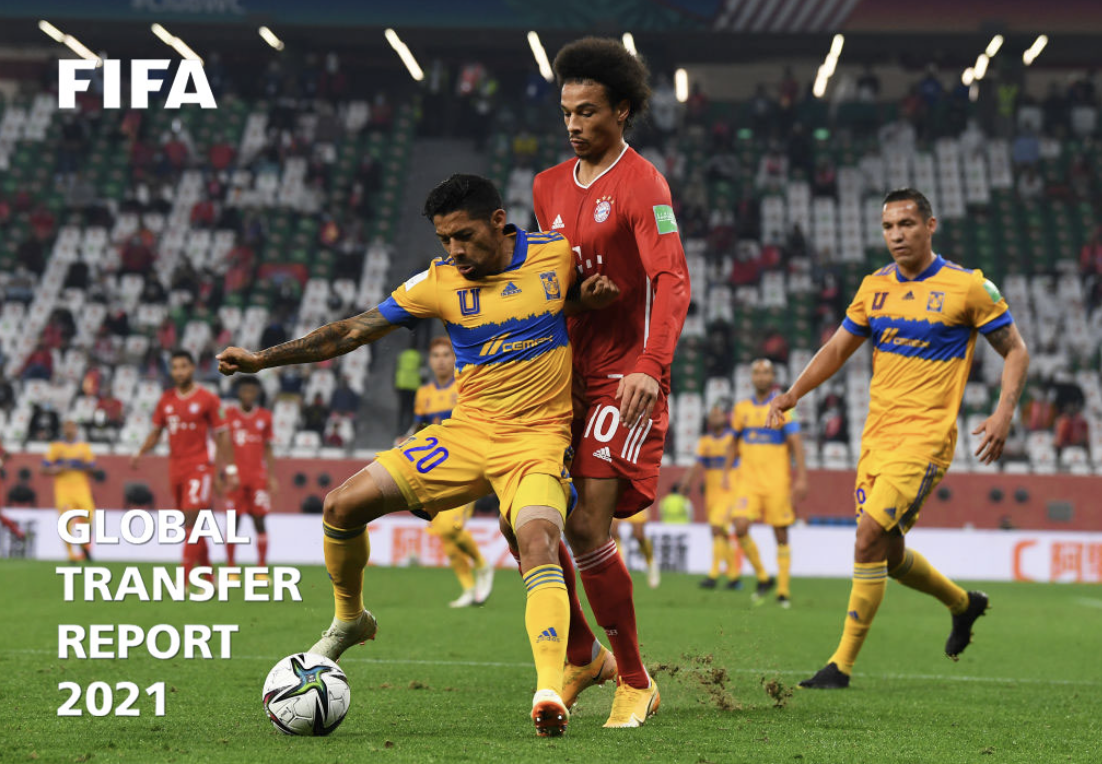 It is the second consecutive year that transfer spending has driopped. In 2019, the market spending peaked at $7.35 billion in fees worldwide.

Transfers of out-of-contract players represented 67% of activity, highlighting how the dynamics of the transfer market have changed because of shrinking budgets and mammoth losses.

Of those out-of-contract players, 43.5% were at the end of their contract. Significantly, FIFA reports that “the median transfer fee also fell sharply in 2021, dropping to $300,000 and thus back to the levels of 2011.”

The French overtook the Brazilians in the top 10 player nationalities by total spending on transfer fees: $643.6 million was spent on French players, $ 468,4 million on Brazilian players.

The men’s transfer market has experienced a drop in spending, but in the women’s game the growth continues. The report reveals transfer fees in women’s professional football increased by 72.8%, from $1.2 million in 2020 to $2.1 million in 2021, the top five transfers of the year generated 60% of the income.