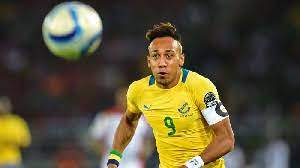 January 18 – Pierre-Emerick Aubameyang insists he departed the Africa Cup of Nations due to medical reasons and played down speculation of a disciplinary breach.

The Arsenal forward did not feature in either of Gabon’s opening two games, missing the win over Comoros after contracting coronavirus and then being ruled out of Friday’s draw with Ghana due to “cardiac lesions”.

Rumours then emerged that Aubameyang and Nice’s Mario Lemina had both contravened disciplinary protocols.

But Aubameyang tweeted in French: “We have some problems that are hard to resolve by themselves, then rumours get thrown into the mix.

“We have to look after our health first and foremost. I’m not going to talk about the false rumours and I truly hope our team goes as far as possible.”

Midfielder Lemina also took to social media to express his anger. “I’m not even going to feed lies that seek to harm. I have nothing to do (with it),” he said.

Aubameyang had a torrid time in the build-up to AFCON having been stripped of the Arsenal captaincy and dropped from the first team after returning late from a sanctioned trip abroad.

He is due to undergo further medical checks upon his return to the club but seems likely to be further frozen out.