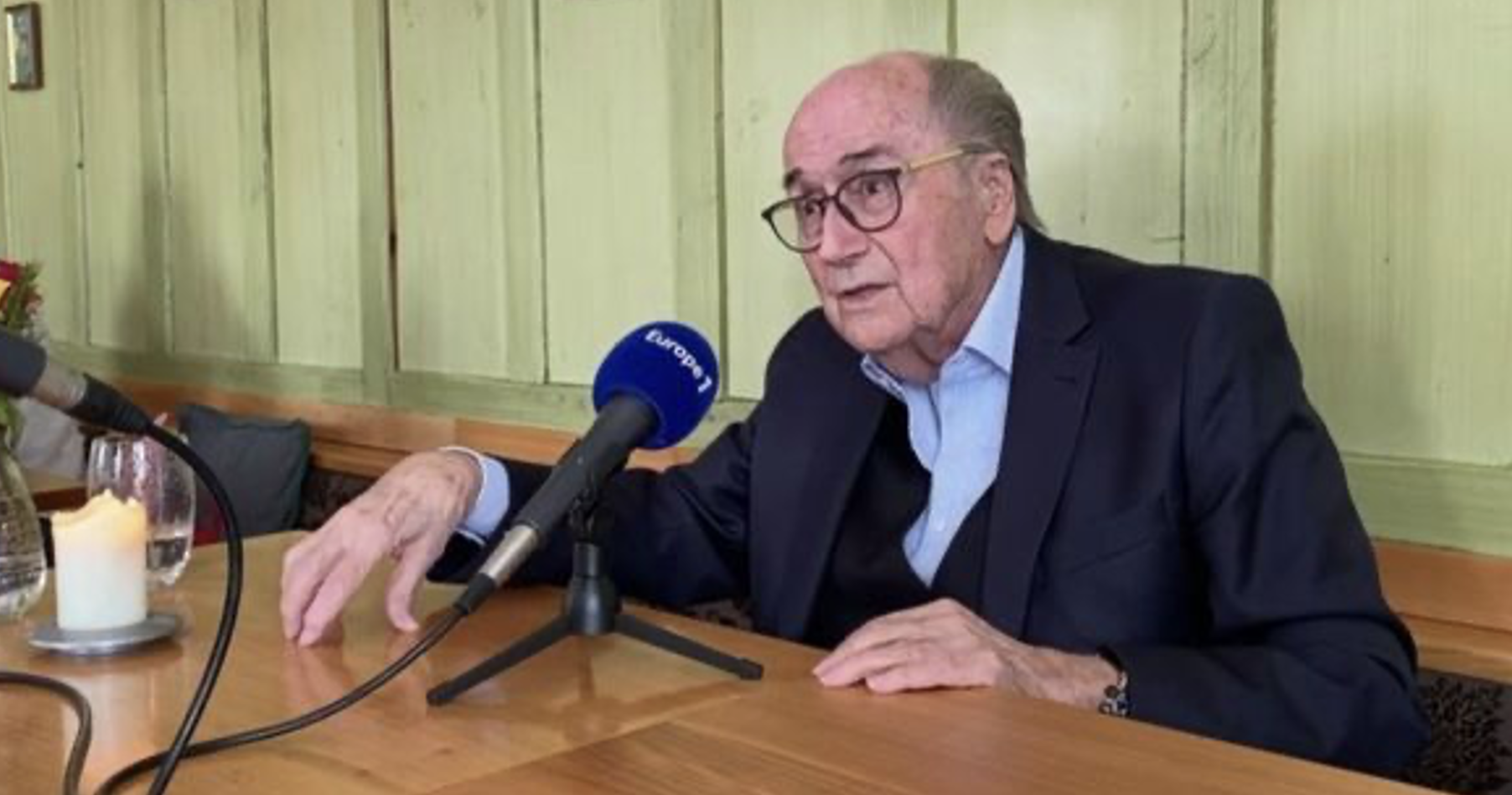 August 25 – Former FIFA president Sepp Blatter has criticised his successor Gianni Infantino for relinquishing his responsibilities by moving his personal base to Qatar and away from FIFA’s Zurich headquarters and for dividing global football at a time when the world needed its leading sport to bring unity.

In an exclusive interview with Europe 1, Blatter calls Infantino’s plan for a biennial World Cup an “imbecility”, and that he regrets that the 2022 World Cup was awarded to Qatar but that there was nothing he could do to change that decision.

He also maintained that removing Michel Platini from the corridors of world football via a corruption investigation had nothing to do with a criminal offense but was a ‘wicked’ political manoeuvre in which Infantino had a hand.

Blatter has recovered from heart illness and in a wide-ranging interview with Europe 1 was firing on all cylinders, covering issues from violence at football (make significant points deductions from clubs), to the proposed Super League that “would be the end of football”.

Blatter is due in court this year (with Platini) to face criminal charges over a ‘disloyal’ CHF2 million payment made by FIFA to Platini. While the two have fallen out, Blatter is adamant that there was no illegality in the payment, outlining the working relationship Platini had with him and saying that they had an oral contract. Platini’s late demand for payment on that agreement doesn’t mean that it was illegal, he argues.

It was the subsequent criminal investigation of the circumstances around the payment that cleared the pathway for Infantino to run for the FIFA presidency, initially as a ‘placeholder’ for his boss at UEFA, but then in his own right.

It is Blatter’s condemnation of Infantino’s conduct as president that highlights the difference in philosophy and operation between the old and new FIFA’s at the presidential level.

“He is not doing his job properly,” said Blatter. “When he arrived at the presidency of Fifa through incomprehensible meanders, he fired 80 people including 30 directors. He wants to leave Zurich (Infantino has partially relocated to Qatar), but Zurich is the headquarters of FIFA… The headquarters have been in Zurich since 1932, we came in Zurich after the economic, social and political crisis in the 1930s, people came to Switzerland to be quiet, and we are. So why do we want to move the headquarters now?… It’s a relinquishment of the FIFA president’s responsibility because he has to stay where FIFA has its headquarters, especially at a time when we have internal problems. FIFA can unite people in these times of pandemic. But instead, ideas were thrown right and left. Instead of uniting people, we separated them. It’s a lack of global professional vision, because the president of Fifa must have a global view. It’s not just a little corner in Zurich or Qatar, no, it’s the world. The current president, I do not recognise his vision. He’s not a good FIFA president, I have to say.”

The never-ending suspicions and recriminations surrounding the award of the 2022 World Cup to Qatar have in many ways come to define Blatter’s presidency of FIFA.

It was not a decision he supported. “I had the impression that it was a bad decision but I was linked to this decision. We worked on the preparation for this World Cup, every day we received complaints, pointing fingers, the treatment of workers was difficult,” said Blatter.

“But to reconsider a decision of the executive committee, especially since the FIFA ethics commission has carried out an investigation… Michael Garcia (his report examined allegations of vote buying and manipulation for both 2018 and 2022), said that there was no corruption for this World Cup. We could have withdrawn the World Cup in Qatar. But I had no specific reason to take away the World Cup from Qatar. After the report, we confirmed the awarding of the World Cup.”

It is a past that is once again having a brooding presence over the current and the future, and highlighted again with Infantino’s relocation to the country.

It is from here that Infantino appears to be directing operations on his latest push – a reorganised international calendar and a biennial World Cup.

“It’s an imbecility without name,” says Blatter. “I have to do my mea culpa because, when I was elected president of FIFA, during a first session, I said that we could organise a world cup every two years.

“But people around me told me I was wrong. But today with the overloaded schedule, there is something else. It’s always the best players playing but they are already overloaded in their continental competitions, and national team. And the base of FIFA is the club and not the national team. It’s imbecility. We can’t, it’s bad for football.”

To see the full interview on Europe 1 click here.