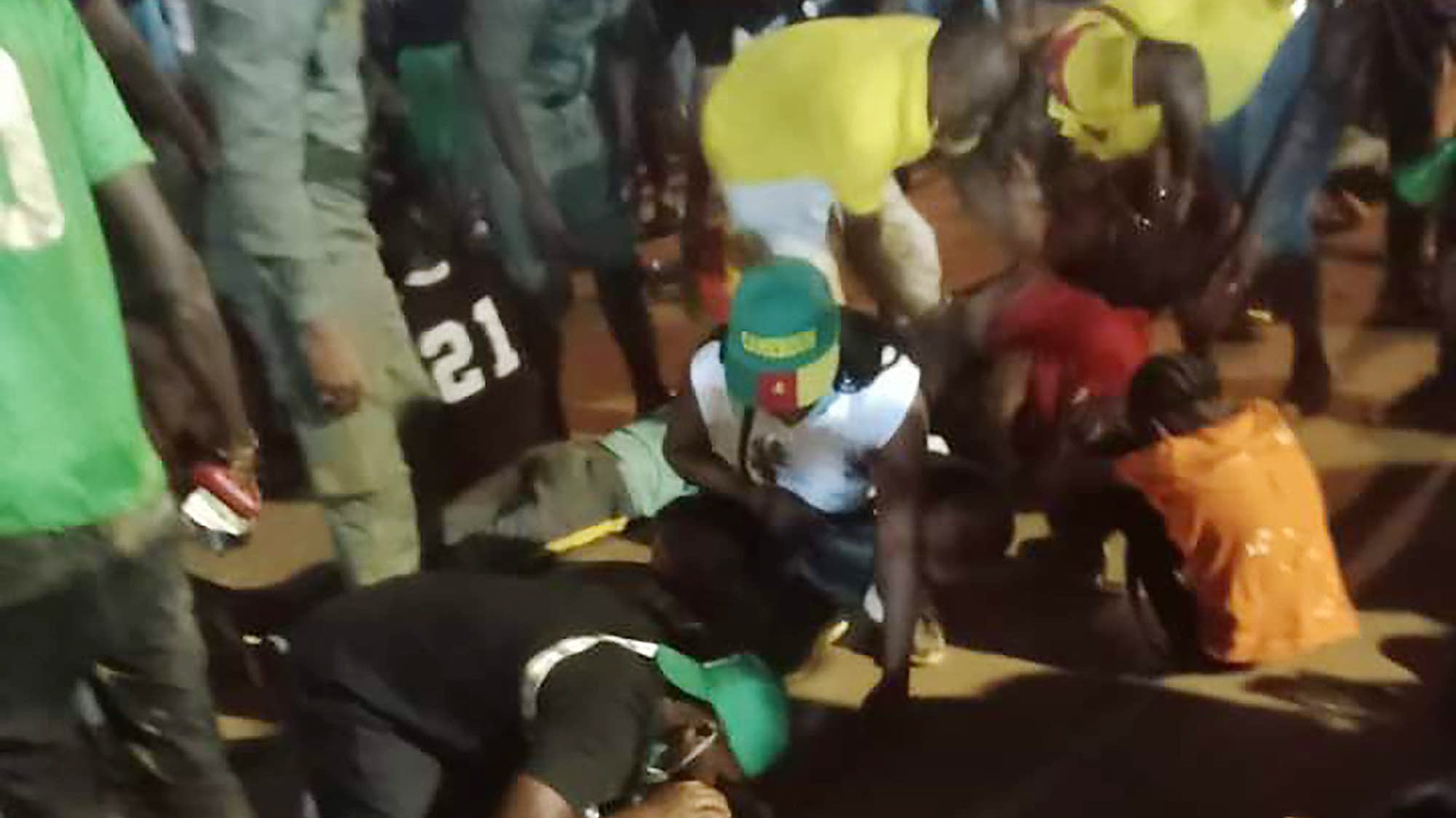 January 25 – At least eight people died and another 38 were injured in a crush outside the Olembe Stadium in Yaoundé at the Africa Cup of Nations last-16 match between hosts Cameroon and Comoros.

The match had been billed as a great David-vs-Goliath encounter, but tragedy struck when supporters tried to gain entry to the stadium.

On social media videos circulated of supporters storming the concourse as well as fans screaming in a crush at the entry gates, but the exact circumstances over what caused the tragedy and how it precisely transpired remain unclear.

The Associated Press reported six deaths at first, but that number was later revised to eight. Cameroonian President Paul Biya has ordered an investigation into the crush and sent his “deepest condolences” to the victims’ families.  The Confederation of African Football (CAF) has also launched its own investigation.

In a statement, the government said: “The deceased were taken to the Yaoundé Emergency Centre for the appropriate formalities, and the injured were distributed to four health facilities in the city of Yaoundé, where they were immediately taken care of on very high instructions from [the president of Cameroon] Paul Biya.”

“Faced with this tragedy, the gravity of which arouses emotion and consternation, the head of state sends his most saddened condolences to the hard-hit families, as well as his wishes for a speedy recovery to the injured, to which he associated the deep compassion of the entire nation.”

On Monday, CAF said that it was trying to get more information and that general secretary Veron Mosengo-Omba was sent to visit supporters at the hospital in Yaoundé.

CAF president Patrice Motsepe says deadly crush is the “collective responsibility” of CAF, LOC and government and has ordered an investigation.  The quarter final that was due to be played at the Olembe Stadium will now be shifted across town to Yaounde’s other venue.

“TI know that legally the LOC (local organising committee) is responsible for the safety and security but we are their partners and we have to make sure that the safety of every single spectator is our primary concern,” said Motsepe.

A FIFA statement sent “its deepest condolences to the families and friends of the victims who lost their lives following the tragic incident that took place at Olembe Stadium. The thoughts and prayers of the global football community are with the victims [and] the ones who have been injured in this incident.”

The Olembe stadium holds 60,000 seats but Covid-19 measures, in place since the start of the tournament, restricted the capacity to 80%. The venue is due to host one quarter-final, a semi-final and the final on February 6.