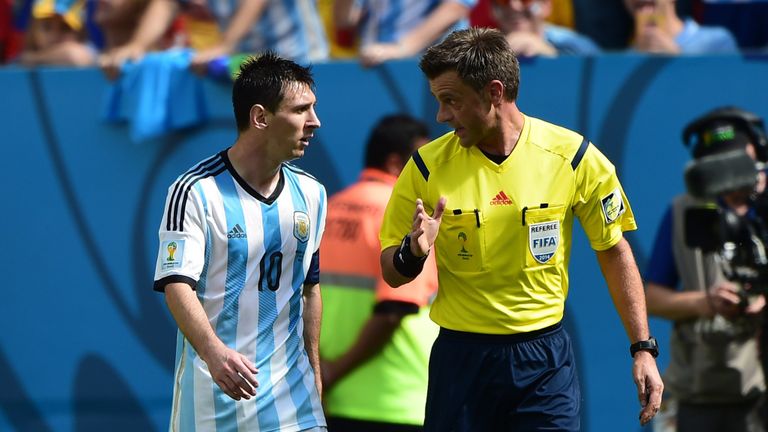 January 26 – Concacaf has pulled off a referring coup with the announcement that Serie A Head of Refereeing and FIFA World Cup and Serie A referee Nicola Rizzoli will join the confederation as Technical Refereeing Advisor.

Rizzoli was a Serie A referee from 2001 to 2017, and from 2017 to 2021 was Head of Refereeing for the Italian top tier and a VAR Project Leader and VAR instructor. He has also previously held roles at UEFA, including as a VAR instructor and UEFA Referee Panel Member and was a member of the FIFA International Referees List from 2007 to 2017, referring the FIFA Men’s World Cup Final 2014 between Argentina and Germany.

Rizzoli is joining Concacaf in an advisory capacity and “will play a key role in assisting the Confederation to revamp its refereeing structures, programs and overall strategy to further develop refereeing in the region, and to elevate its stature globally,” said the confederation.

His appointment comes as Concacaf moves to reorganise its referees department with the Director of Refereeing, Brian Hall, announcing that he is leaving the confederation to take on new projects.

Hall has been an influential figure at Concacaf having held the top referees post in two separate spells (2010-2013 and 2016-2022). He led the initiative to train referees across the region, has been a major advocate for the development of women’s refereeing, and led the introduction of VAR.

Concacaf said it will conduct a recruitment process for a new Head of Refereeing.

Thanking Hall for “his hard work and commitment to Concacaf refereeing over many years,” Concacaf President and FIFA Vice President, Victor Montagliani also welcomed Rizzoli in his task of moving Concacaf’s referring to the next level.

“He will support Concacaf and our MAs to further enhance our programs with the aim of taking refereeing to the next level in our region. Nicola will also offer guidance to our referees while we conduct a process to recruit a new Head of Refereeing for the Confederation,” said Montagliani.

Concacaf has at times struggled with varying refereeing standards. As elite levels of play on the pitch have improved, standards of refereeing haven’t always matched the improvement. This has led to a number of member association complaints, including the Mexican FA officially complaining at last summer’s Gold Cup that inexperienced referees were not being giving their players enough protection from dangerous challenges.

VAR made its debut last summer at the Gold Cup and while the system itself worked well, there was some criticism that referees were not using the system enough, preferring to stick with their own on-filed judgements.

Montagliani recognised the problems and has moved swiftly from an administrative end to address them.