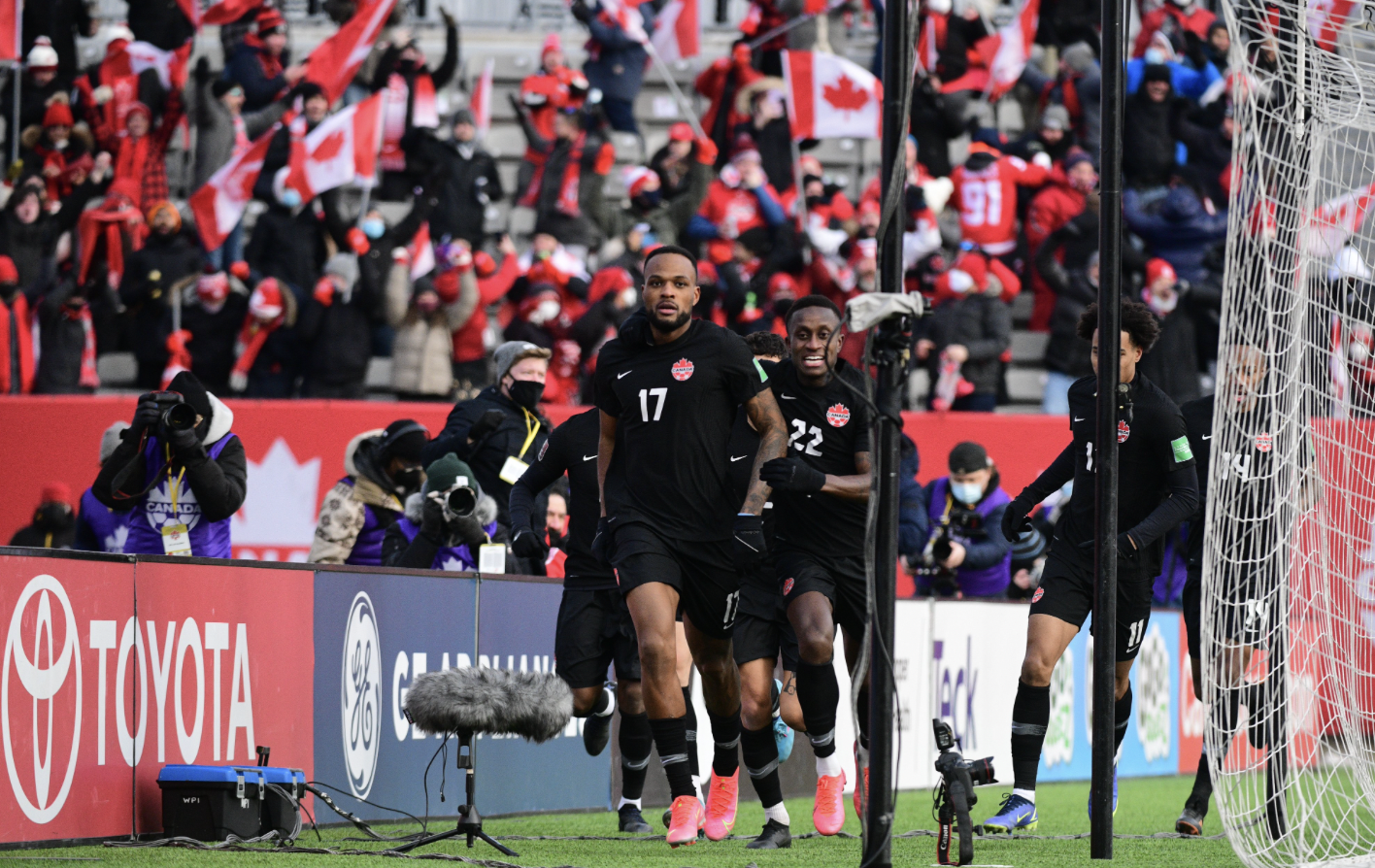 Mexico failed to take advantage of the US dropping points to take over second place, being held by Costa Rica in the Azteca Stadium. The Mexicans are still in the third automatic qualifying position on goal difference with four games to go.

Canada’s win in a cold Hamilton, Ontario, again reinforces their credentials as the emerging men’s team in the region. It was a win achieved without their talisman Alfonso Davies.

Cyle Larin, who scored twice in Canada’s 2-0 win over Mexico in November, reserves his goals for the big matches. He opened the scoring in the seventh minute after being set up by Jonathan David.

Both goalkeepers – Milan Borjan for Canada and Matt Turner for the US – outstanding performances but there wasn’t much Turner could do to stop left back Sam Adekugbe’s goal in stoppage time.

Adekugbe, who plays his club football for Hatayspor in Turkey, brought the ball down near the half way line and  drove towards the US goal to fire past Turner.

Canada now travel to the heat of Central America to face El Salvador while the US are at home to bottom nation Honduras.

Costa Rica kept their Qatar 2022 qualifying hopes alive beating Panama in the last round, a result that put them just two points behind the Panamanians who hold the fourth spot that qualifies for the inter-continental play-off.

They needed to get something from their visit to Mexico City, arguably the hardest away trip of any in the Concacaf region.

The stars of the night were goalkeepers Keylor Navas of Costa Rica and Mexico’s Guillermo Ochoa, who both showed why they are among the world’s best.

Mexico had a goal ruled out for offside in the 32nd minute but that was the only time the ball was in the back of the net.

Mexico stay at home for the visit of Panama who are a point behind them in qualifying while Costa Rica head for Jamaica who will feel unlucky not to have come away with something from the game against Panama.

Panama were a goal down to a Michail Antonio penalty against Jamaica before a Javain Brown own goal levelled the scores just before half time. Eric Davis and Azmahar Navarro goals gave Panama the advantage in the second half before Andre Gray pulled a goal back.