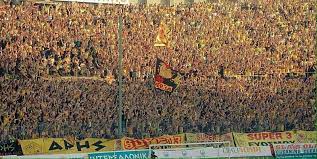 February 9 – Greece is to clamp down on fan violence following the killing of a 19-year-old fan in what was believed to be an attack by rival supporters.

So far at least nine people have been arrested over the murder of Alkis Kampanos, who was beaten and stabbed to death outside the Aris club in the northern city of Thessaloniki on the night of February 1. Aris were playing PAOK.

The killing has shocked the nation, with hundreds of floral and candle tributes laid at the crime scene.

“Combating violence among youths and football fans is our obligation to the Greek society and the younger generation,” Oikonomouhe said.

Greek football has been plagued by violence on and off the pitch and authorities have in recent years repeatedly promised to clean up the game.