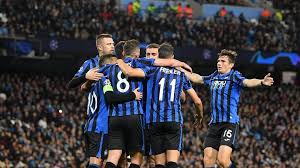 February 21 – After initially denying reports they were selling, Atalanta have become the latest Italian top-flight club to do a deal with American investors – this time led by Boston Celtics co-owner Stephen Pagliuca.

In a statement on Saturday, Atalanta Bergamasca Calcio said the investor group would buy 55% of La Dea, the holding company of Italy’s Percassi family which owns around 86% of the club.

Estimates put the sale price at $450 million, valuing the club at about $800 million.

The deal is the latest U.S.-led investment in Serie A following the acquisitions of Genoa, AC Milan, Fiorentina, Spezia, AS Roma and Venezia.

Under the deal, Antonio and Luca Percassi will remain chairman and CEO while Pagliuca, who is also co-chairman of investment firm Bain Capital, will be co-chairman.

“Atalanta and Boston Celtics share the common sports values: teamwork and an extraordinary relationship with the fans and the community,” Pagliuca said.

Based in the northern city of Bergamo, under the Percassi ownership since 2010 Atalanta has punched above its weight having qualified for the Champions League in the past three seasons as well as achieving three consecutive third-place finishes in Serie A.

“My family and I, have taken this opportunity to partner with a group who shares our vision to continue the growth and success of our team, choosing to remain committed to the Club that over the last ten years has delivered exceptional results, that perhaps no one would have expected from a so called ‘provinciale’,” said Antonio Percassi.