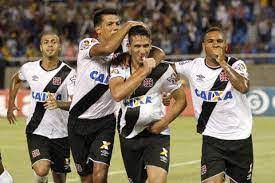 February 22 – Miami-based investment firm 777 Partners have reached a deal to acquire a majority stake in Vasco da Gama, the Rio club have announced.

“It is with pride that we announce the biggest accord in the history of Brazilian clubs,” said Vasco club president Jorge Salgado. “We’ve worked without stop over the last few months to find a long-term partner with financial and operational capacity that shares our ambition to put Vasco back in its place as a giant of Brazilian and South American football.”

The club from Sao Januario said that the two parties have signed a memorandum of understanding that values the club at 1.7 billion reais ($333.1 million). 777 Partners will take on 700 million reais ($137.16 million) of debt as part of the deal.

The agreement will see 777 Partners acquire a 70% stake in Vasco Da Gama once it is approved by members. The US private equity firm already holds a minority stake in LaLiga’s Sevilla and has full ownership of Serie A’s Genoa.

“It will be the year zero of a new future, with wins, sustainable and without debts, everything that our immense fan base wants,” said Salgado.

Founded in 2015, 777 Partners is a Miami-based investment firm with a presence in various sectors. The company recently acquired Italy’s Genoa and also has a stake in Spain’s Sevilla.

With Vasco Da Gama, 777 partners acquire one of the most storied clubs in Brazilian football. Founded in 1898, Vasco has won the Brazilian league four times and boasted Romario, Philippe Coutinho, Roberto Dinamite and other greats in their ranks. This campaign however they are playing a second consecutive year in the second division.

Vasco become the third Brazilian club with outside investors after John Textor invested in Botafogo and Ronaldo purchased Cruzeiro.

Textor’s arrival was a landmark moment for the Brazilian game. Red Bull aside, he became the first foreign owner in the Serie A, a league that has traditionally had little traction with both domestic and foreign investors.

Brazilian clubs are traditionally non-profit organisations which don’t allow for investors to take ownership positions. However a change in Brazilian law allowed both Cruzeiro and Botafogo to adopt new legal structures, becoming limited companies, and to address their dire financial and sporting predicaments by sourcing finance from private equity markets. Vasco are now following in their footsteps in a bid for a brighter future.