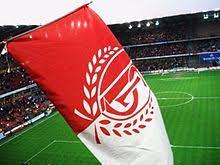 The Americans will own 100% of the Walloon club, beating rival JKC Capital to the ownership of Standard, a club that has been plagued by eternal infighting and mismanagement. In the 2020-21 season, Standard registered a €19.7 million loss while its cash balance plunged from €8.5 million to minus €11.2 million. No value has been gioven for the sale.

“Bruno Venanzi has reached an agreement with 777 Partners,” said Standard in a statement.  “The signing of the transfer agreement has taken place and the completion of the transfer will normally follow within a few weeks according to the usual procedure.

“777 Partners is looking forward to taking on this new challenge and helping the club continue its development and return to its glory of yesteryear.”

Standard is the first of Belgium’s leading clubs to pass into foreign ownership.  Anderlecht, Club Brugge, KRC Genk and Antwerp for now remain in Belgian hands.

The Americans become the 10th foreign owner in the Belgian professional leagues. Paul Conway and Pacific Media Group own KV Oostende. In the second division, John Textor took control of RWD Molenbeek in January and Bolt Holdings Group own Waasland Beveren. In total, 17 out of 25 professional Belgian clubs are controlled by foreign investors.

Standard is the fourth club in the portfolio of 777 Partners alongside Genoa, Sevilla and Vasco da Gama.

Standard last won leagues titles in both 2008 and 2009 and banked €39.5 million from the transfers of Marouane Fellaini,  Axel Witsel, Steven Defour and Dieumerci Mbokani. But the club failed to repeat the successes of the past decade.

In 2015, then vice-president Bruno Venanzi took over the club from Roland Duchatelet, once the owner of Charlton Athletic in England, and promised to maintain his predecessor’s expansionist policy. He even proposed a revolutionary plan to sell shares to fans.

It was a short lived financial strategy. Last year Venanzi indicated that he was open to selling the club.