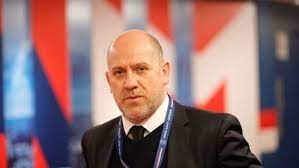 The QSL views his appointment as a pathway to raise the level of the game and provide competitive, high-quality football entertainment. Development aside, he has also been charged with leading the scouting division in a bid to improve recruitment.

Henrique said: “It’s with great honour and ambition that I join the QSL. This organisation is based on a clear and remarkable vision and is something that really motivated me since the first conversation.

“The opportunity we have in our hands is something unique. With a common policy, based on synergies and a global vision, football in Qatar will make a step forward and will be taken as an example for quality, organisation and sustainable business model.”

From 2017 and 2019, Henrique, with previous experience at FC Porto, served as the sporting director at Paris Saint-Germain, but his time at the Parisian club was not considered a success as PSG failed to win the major European honours craved by the club’s ownership while there unrest in the playing squad.

“We’re optimistic about implementing the new strategy to transform the QNB Stars League into the ranks of global championships, and making it a platform for talented players, coaches and administrators,” said QSL executive director of competitions and football development Ahmed Khellil Abbassi.