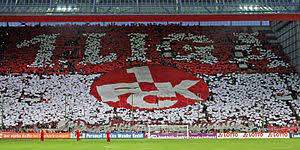 March 30 – Pacific Media Group (PMG) have acquired a stake of just under 10% in FC Kaiserslautern, the German club have announced.

“After Saar-Pfalz-Invest GmbH, an alliance of financially strong, regional investors with a high level of identification with FCK, documented their willingness to strengthen professional football in Kaiserslautern in the long term, the entry of US investors has now succeeded in achieving another important, statregic international partner for 1. FC Kaiserslautern,” wrote the club in a statement.

FC Kaiserslautern is one of Germany’s most traditional clubs, featuring in the Bundesliga from 1963 until 1996 before falling on hard times. The club currently plays in the third tier of German football. No value was given for the acquisition of the stake in the club.

In September, the PMG portfolio expanded with the acquisition of Dutch club the Den Bosch, the first multi-ownership deal in the Netherlands.  PMG’s stable includes Danish side Esbjerg FB, French team AS Nancy, Belgium’s KV Oostende, FC Thun of Switzerland and England’s Barnsley.

PMG frontman Paul Conway was a former entertainment investment banker at Oppenheimer & Co and made his personal wealth completing more than 50 transactions worth $12 billion during his time in investment banking. Together with Chien Lee, the founder of New City Capital, he is a driving force behind PMG, who take a data-driven approach to building a squad.