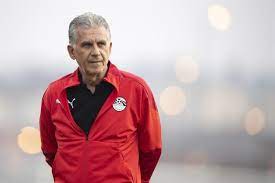 April 11 – Egypt and Carlos Queiroz have parted ways after the Portuguese coach failed to lead the Pharaohs to the 2022 World Cup in Qatar.

Queiroz (pictured) led the Egyptians to the semi-finals of the Arab Cup last December as well as to January’s final of the Africa Cup of Nations in Cameroon, which his team lost on penalties to Senegal. It was however renewed defeat in the two-legged World Cup playoffs in March against the Senegalese that saw the Egyptian Football Association (EFA) push Queiroz towards the exit door.

The contract between EFA and Queiroz stipulated that the ruling body had the right to terminate the contract in case of the national team failing to qualify for the World Cup. Queiroz was repeatedly criticised for a playing style that many considered too conservative.

In 2018, the Egyptians returned to the global finals for the first time in 28 years, but they failed to garner a single point from Group A, losing against hosts Russia, Uruguay and Saudi Arabia.

Last year, Queiroz had succeeded Hossam El-Badry. The Portuguese had endured a torrid spell with Colombia before his arrival in Cairo. Previously he had led Iran to two consecutive World Cups in 2014 and 2018, achieving a God-like status in the country. In the noughties, he served as assistant coach to Sir Alex Ferguson at Manchester United.