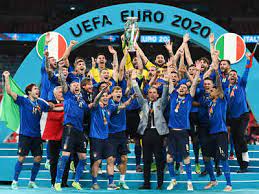 April 10 – UEFA is making €240 million over the 2020/24 cycle as club compensation for releasing players for its national team competitions, and increase of €40 million on the previous cycle.

The club benefits programme will cover matches in the Nations League, the European Qualifiers as well as the EURO 2024 final tournament.

The allocation of €240 million is based on revenue generated by the EURO 2020 final tournament (played in 2021) and paid out to clubs who have released players across all of UEFA’s national team competitions.

The remaining €140 million will be allocated to the EURO 2024 final tournament, an increase of €10 million on the previous cycle.

A total of 697 clubs benefitted from the payouts in the previous cycle, with English clubs receiving €47 million of the total – Chelsea received €5 million and Manchester City €4.5 million.