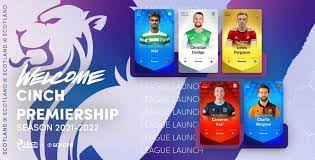 April 21 – Sorare have added another European league to their NFT game portfolio, securing a multi-year license agreement with the Scottish Professional Football League.

Sorare will launch a collection of online fantasy game NFTs featuring top Scottish players from 11 of the Scottish Premierships 12 clubs. Rangers are outside the deal as they already have a pre-existing contract with Sportemon Go.

Sorare is a fantasy football game, where players buy, sell, trade, and manage a virtual team with digital player cards. The game uses blockchain technology while the cards themselves are NFTs and can just bought as collectibles.

Sorare already has agreements in place with ten leagues including LaLiga, the Bundesliga and more recently MLS.

SPFL chief executive Neil Doncaster, said: “The SPFL is always looking for innovative ways to offer our fans more enriching experiences and to broaden the appeal of our competitions to audiences from around the world. We’ve been looking at the digital market as a way to do that for some time and it quickly became clear that Sorare is a leader in this emerging category.”

Sorare raised $680 million in funding last September, valuing the company at $4.3 billion. It says it has 1.5 million registered users worldwide.