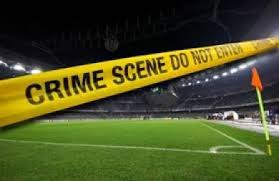 April 27 – The European Union’s law enforcement agency Europol and UEFA have completed a workshop aimed at identifying new ways to investigate and cooperate on match-fixing cases.

Europol hosted 109 officials from law enforcement, judicial authorities and national football associations from 49 countries in The Hague, the Netherlands, for a day of panels looking at the threats to protecting the integrity of football and fighting organised crime groups.

“Organised crime quickly understood that a lot of football clubs were suffering financially as a consequence of COVID-19. And where there is less money, players, coaches, officials and even club executives are increasingly vulnerable to being corrupted by fixers,” said Burkhard Mühl, Head of Europol’s European Financial and Economic Crime Centre (EFECC).

“What with the huge profits associated with ‘making the unpredictable predictable’, we are seeing more and more cases of match-fixing and suspicious results. Cooperation between law enforcement and sports organisations is vital to not only detect and investigate suspected corruption in football, but also to stop such fraudulent activities before they can even begin,” added the Head of Europol’s EFECC.

Where the battle against match-fixing has continually failed is in having an ability to pursue crimes and criminals across national borders. The need for more co-operation and exchange of information between different jurisdictions was emphasised by Vincent Ven, UEFA’s Head of Anti-Match-Fixing.

“Nowadays, more than ever before, European football and the law enforcement sector need to remain united and offer their mutual support in seeking to protect our popular sport from this scourge, by cooperating in joint activities, implementing common projects and exchanging information in the area of match-fixing,” said Ven.