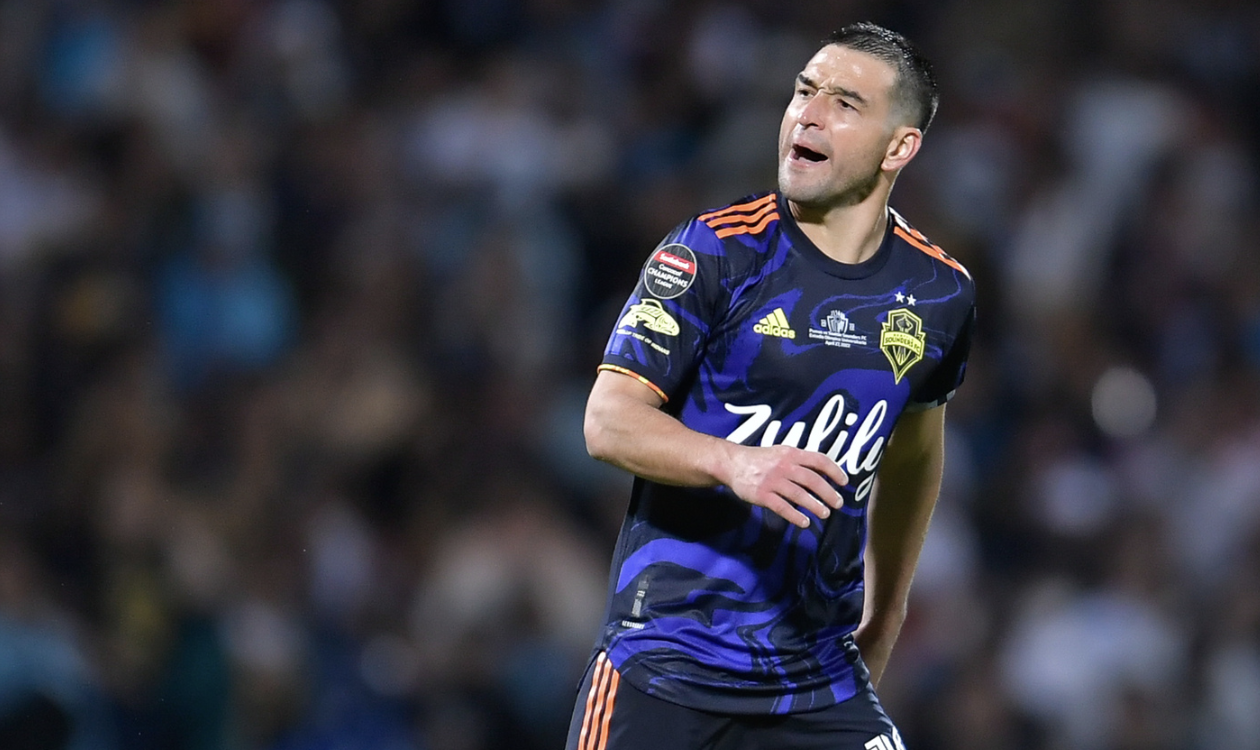 April 28 – Seattle Sounders kept themselves in the fight for the 2022 Scotiabank Concacaf Champions League title after two late goals earned them a draw against Pumas in Mexico City last night.

Both Seattle’s goals came from the penalty spot and both scored by Nicolas Lodeiro. Two goals from Juan Ignacio Dinenno had given Pumas the lead in the Estadio Olimpico Universitario.

The second leg will see Pumas visit Seattle next Wednesday where a crowd of 60,000+ is expected to greet them at Lumen Field. A Seattle win would break the Mexican club stranglehold on the Concacaf Champions League and would be a first for an MLS side.

Liga MX clubs have won the last 13 editions of the competition.

Pumas will be disappointed they were not able to hold on to take a lead into the second leg. In the 35th minute Dinenno was fouled in the penalty area, but saw his first spot kick saved by Seattle keeper Stefan Frei. Frei was judged by VAR to have moved before the kick was taken – Dinenno didn’t miss a second time.

Dinenno’s second goal was a header from a Jesus Rivas cross soon after half time.

The Sounders kept challenging and were rewarded with a penalty in the 73re minute after a Pumas handball.

Deep into extra time VAR came into play again, ruling that Cristian Roldan had been fouled in the area. Lodeiro scored with 90+9’ minutes on the clock.