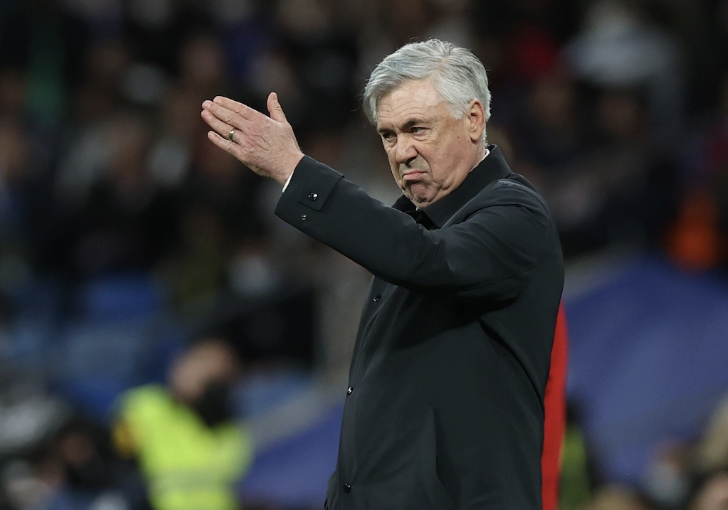 May 4 – The regular football season is at the business end and a number of championships have been decided weeks before the final rounds of matches. In the Big 5 leagues, the titles have been decided in France, Germany and Spain, and it is the normal names again – PSG, Bayern Munich and Real Madrid.

In England and Italy, these races are still too tight to call and may go all the way to the final round, as things stand. Whereas in France and Germany the league winning coaches are largely newbies, in Spain, Carlo Ancelotti is a seasoned winner. After leading Real Madrid to the La Liga title, he stands out as the only man to have won league titles in each of the big five leagues.

Ancelotti’s feat at Real Madrid powers their confidence well ahead of the crunch return match against Manchester City in the Champions League. While it is tough to call for Real Madrid after a 4-3 loss in the first leg, a look at where the bookmakers are positioning the tie might give a better a better indication. Certainly the excitement around the match has sparked a host of new promotions for punters. SportyTrader’s online betting sites offers for new registrations highlights some of the leading bookies offering great bonuses, including 1XBet’s $130, BetObet’s £100 and 22Bet’s £122.

Ancelotti’s LaLiga win makes it 22 trophies in elite competitions and makes him part of an elite list. Here are some of the biggest winners in the top leagues and competition, of course starting with Ancelotti’s.

The Italian is one trophy short of another Italian, Giovanni Trappatoni, who has 23 among them with Juventus and Bayern Munich, while Portuguese manager Jose Mourinho has 25, which he has won with among others, Porto, Inter Milan, Manchester United, Real Madrid and Chelsea.

Jock Stein is also a member of this ‘greatest ever’ list, with 26 trophies. The former Scotland international who died in 1985, was famously the first manager of a British side to win the European Cup while with Celtic in 1967.

Brazilian Luiz Felipe Scolari also has 26 trophies to his name, his biggest one definitely being the 2002 World Cup title. He has also managed Chelsea and the Portuguese national team. Scolari is two trophies short of Ottmar Hitzfield’s tally, the German having won 28, among them with Bayern Munich and Borussia Dortmund.

Ukrainian Valeriy Lobanovskyi, a former Ukraine international who passed on in 2002, had a distinguished career as Dynamo Kyiv and USSR coach, and won 30 titles. That is one short of Pep Guardiola’s tally. The Manchester City coach has bagged 31 titles and is still in the hunt for two this season, which can make him the second most successful coach.

Guardiola has won his titles with Barcelona, Bayern Munich and Manchester City. Ahead of him is Mircea Lucescu; the Romanian manager has 32 titles to his name, having managed Zenit St. Petersburg, Besiktas Inter Milan and more.

The cream of them all is definitely Sir Alex Ferguson, the former Manchester United manager. No manager in the world has won more trophies than the Scot, who called time on his coaching career in 2013 after winning 49 titles.