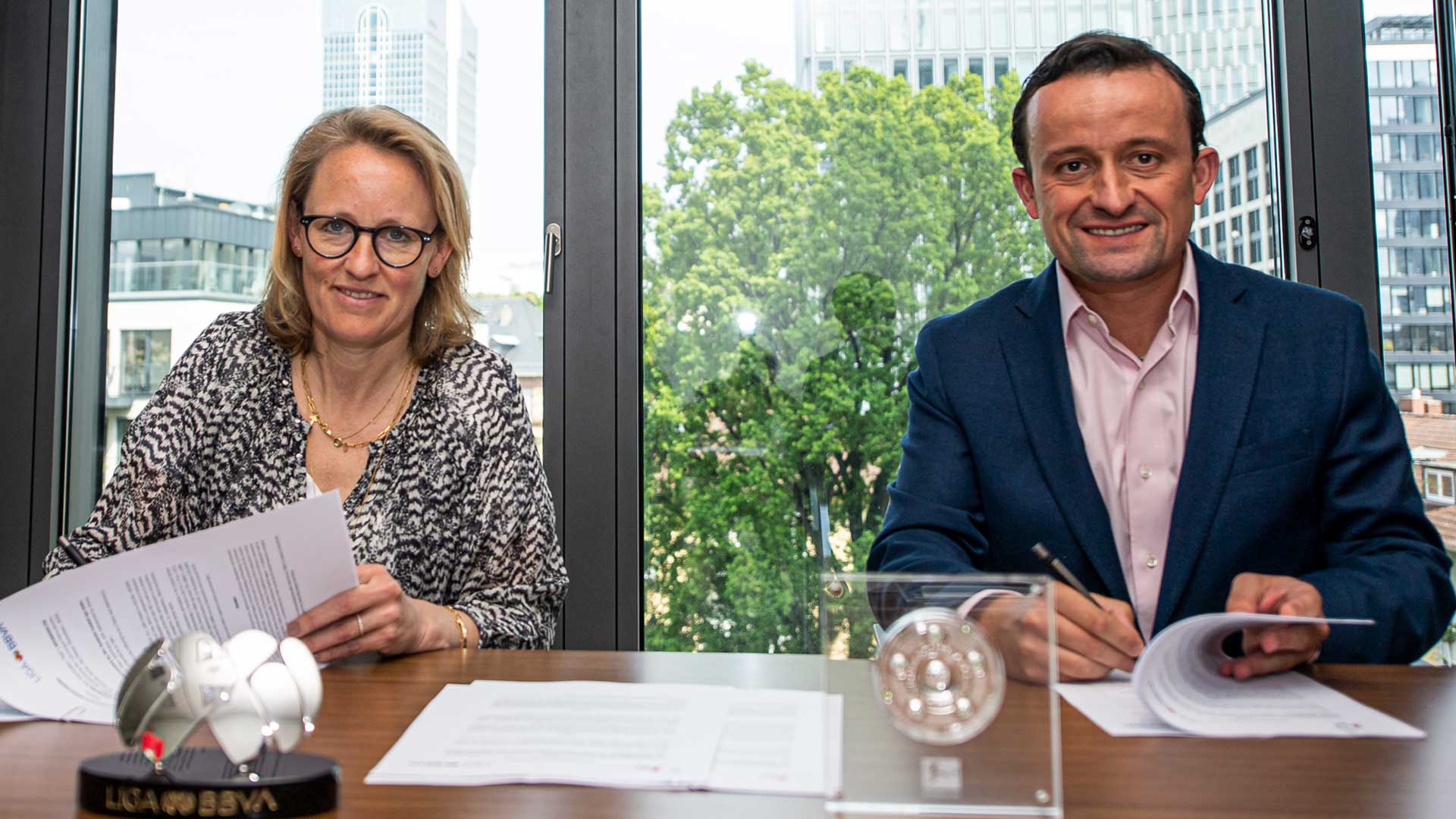 May 9 – Germany’s DFL (operator of the Bundesliga) and Mexico’s Liga MX have signed a Memorandum of Understanding that will cover sharing expertise across performance, business and marketing areas.

Signed by DFL CEO Donata Hopfen (pictured left) and president of Liga MX Mikel Arriola (pictured right), the new partnership will include technical exchanges with a focus on youth development and performance analysis, a joint approach to sports technology and innovation, as well as shared learnings across the areas of media, club licensing, marketing and fan engagement.

“The DFL has long been committed to the growth and development of football, both in Germany and around the world. Cooperations in selected markets are therefore important to us; to explore common areas of interest and create mutual benefits in a sustainable fashion. Working with representatives from the Liga MX will not only help us to better understand each other’s perspectives, but also open up future avenues for mutual growth at league and club level,” said Hopfen.

The first visible sign of a closer Germany-Mexico relationship will be the visit of Bayer 04 Leverkusen at the end of the current season. Leverkusen’s men’s team will play a friendly against Deportivo Toluca, while the women’s team will take on Club América in July.

Bayer recently announced a partnership with both Mexican clubs, including a number of initiatives to mark the 100th anniversary of Bayer Mexico.

Liga MX’s Arriola said: “Reaching this agreement is a big step in LIGA MX’s internationalisation plan, which looks beyond Mexico and the United States, always prioritising professionalization, sports development, innovation, the improvement of administrative structures and particularly the development of young players, who through agreements like the one we are signing today can have the opportunity to train in other countries and display the quality of Mexican football players.”