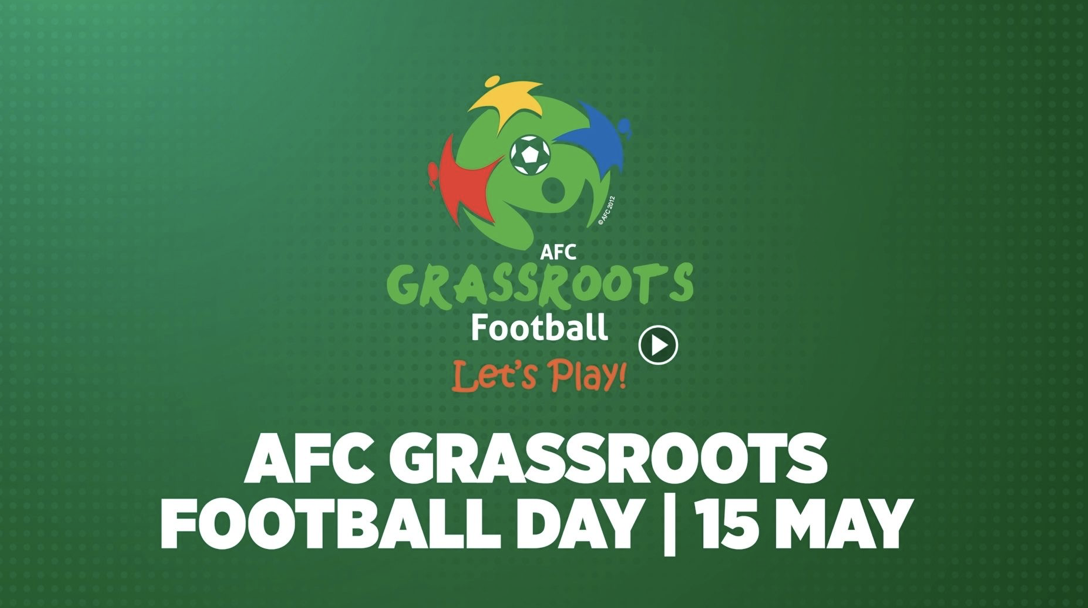 May 16 – The AFC’s Grassroots Football Day 2022, held May 15, saw 41 Asian Football Confederation’s (AFC) member associations participate in a range of activities across the region.

The Grassroots Football Day has become an annual event in the AFC’s calendar and consists of activities from small-sided games, to virtual conferences and webinars organised by MAs.

This year, the ninth time the day has been held, saw a tripling of engagement from the inaugural edition with more than 31,000 participants of all ages, backgrounds and abilities taking part in a variety of activities.

“The AFC’s Vision reinforces our commitment to further develop the grassroots movement to ensure football remains the number one sport in Asia and it is heartening to see our MAs organise their activities in the same spirit and passion, focusing on fun, learning, safety and other relevant factors that make grassroots football a solid springboard for future success,” said AFC President Shaikh Salman bin Ebrahim Al Khalifa.

“The AFC remains committed towards promoting football to an even wider audience but as we celebrate this year’s events and activities,” said Shaikh Salman.